A 6.5 magnitude earthquake has struck off the coast of the Vanuatu island of Ambrym. 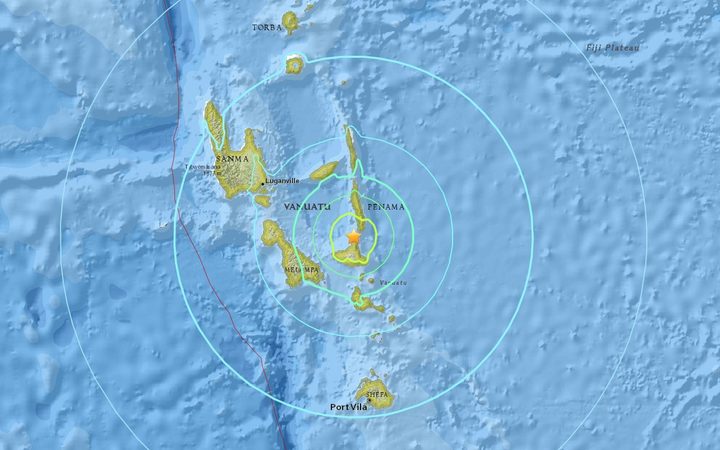 The 6.7 quake struck in the waters between Malekula and Ambrym. Photo: US Geological Survey

The earthquake occurred just after 9.30am Vanuatu time (1030 NZT) at a depth of 13 kilometres.

The US Geological Survery said the quake's epicentre was just north of Ambrym, 78 kms east of Lakatoro village on Malekula Island.

The Pacific Warning Center and New Zealand's Ministry of Civil Defence said there was no threat of a tsunami.

Dan Dari from the Geohazards division of Vanuatu's Meteorology Department said the patchy phone network had made it difficult to contact people on sparsely populated Ambrym and in Malampa province.

But the early indications were that there had not been significant damage, Mr Dari said.

"There wasn't any tsunami threat, and we've been making some calls with the locals there, around the southern part of Pentecost and the northern part of Ambrym, he said."

"They said there was a very huge shake but nothing happened."

An information bulletin issued by the department said the quake, south of Pentecost Island, was magnitude 6.2 at a depth of 10kms.

It warned there would be aftershocks.