A new exhibition from a group of New Zealand artists has attempted to tackle what art and activism looks like through a Pacific lens.

And Then What?, at the St Paul Street Gallery, puts together 11 exhibits by Auckland and Wellington tertiary students, from the benign to the confronting. 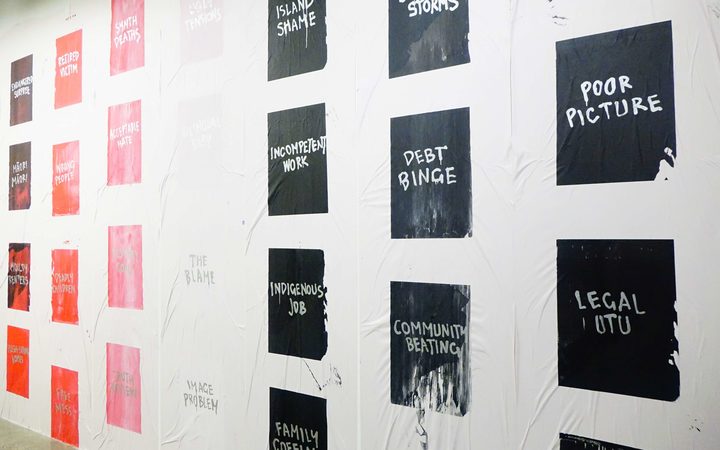 For Lastman So'oula, it was an opportunity to express the backdrop to his father's death - the threats non-communicable diseases like diabetes pose to Pacific communities.

He's a spoken poet, but his moving image installation depicts a series of Auckland storefronts - a Chinese takeaways shop, a bottle store and a McDonalds - that to him are dangerous symbols of westernisation and colonisation.

It's a starkly personal commentary on a region grappling with a sharp influx in imported goods laden with sugar and saturated fats, as well as the introduction of multinational food giants.

The movements have hit Pacific communities the hardest.

The World Health Organisation says more than half of the population of at least 10 Pacific Island countries is overweight.

In New Zealand, 69 percent of Pacific adults are obese, according to the Ministry of Health. 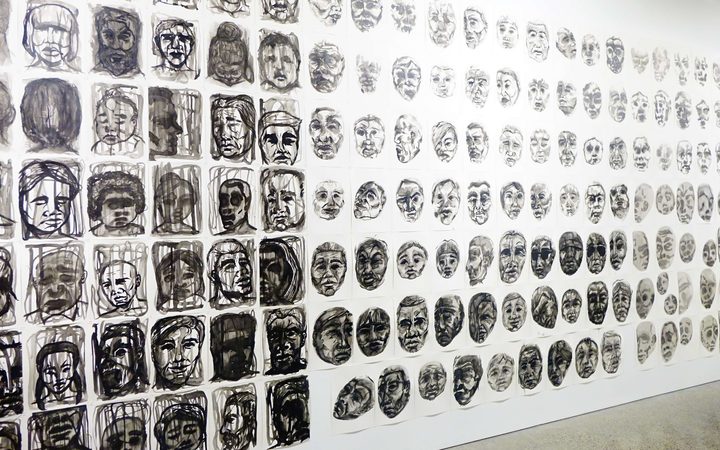 "I kinda just thought back to the early days in Polynesia where those types of diseases never occurred because our diets were different and our way of life was different, we depended a lot on getting our food ourselves," said Mr So'oula.

And it's grappling with this new Pacific identity, especially in New Zealand, that has led people like Mr So'oula to believe there is now no choice but to be political.

"Even though New Zealand is in Polynesia, it's a westernised culture here and we've kind of been affected by that," he said.

Across the gallery, there are other issues being tackled too - those of stigmatisation, poverty and cultural boundaries.

In one corner, a video game installation hosts a fierce battle between Palagi colonisers and island savages on an 8bit map of the Pacific.

"The savages won. You're a shit coloniser," greeted the loss screen. 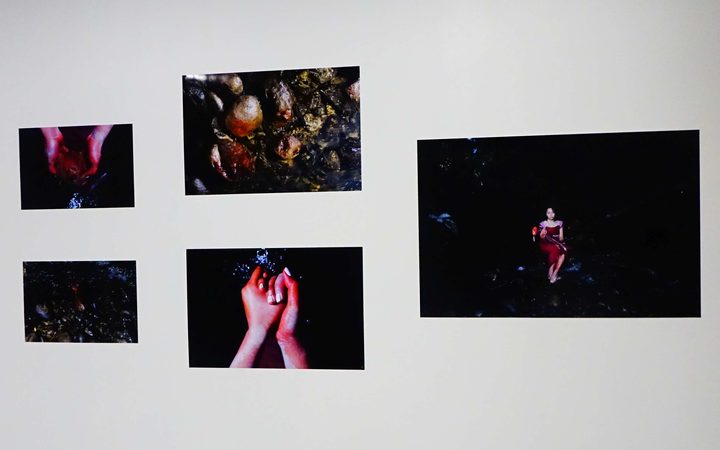 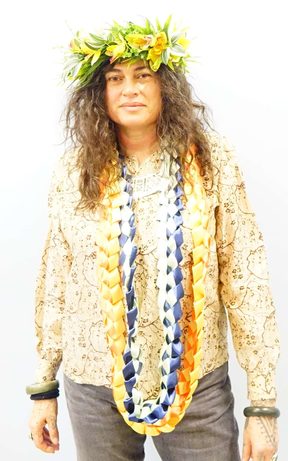 On the other end of the spectrum is Toto Pe 'Ikai (to bleed or not), a moving image depiction of a young woman draped in blood-soaked bed sheets, a challenge to the Tongan "deflowering ritual" where young women must prove their virginity on their wedding night.

"Our existences are political and we can't avoid that, they are unavoidably political experiences. We exist politically, us being in a space like this is political, whether we like it or not," said Naawie Tutugoro, another artist at the exhibition.

With galleries often being their own exclusionary spaces, And Then What? seeks to address the designation of Pacific artists as apolitical "happy guys", said curator Rosanna Raymond.

A total of 34 applications for the exhibition were whittled down to 11 by Ms Raymond, who said several artists were scared to engage in the political sphere because of what they perceived it to be.

"It wasn't until I actually talked to them and sort of made them realise that being political wasn't just about protesting and about placards and being negative," she said.

"In fact, a lot of the work they were producing was incredibly political."

And Then What? Art and activism through a Pacific lens runs from August 16 to September 14 at St Paul St Gallery, Auckland.