Vanuatu and Fiji have kept their Olympic hockey dreams alive after winning gold in the World Series Round 1 tournament in Port Vila.

The Vanuatu men prevailed 6-4 over Fiji in the men's final at the weekend, despite being reduced to just three players at one stage, while Fiji survived a late comeback from the hosts to win the women's decider 3-2.

The women did extremely well to get within a goal of a Fiji team who had never lost to their Melanesian rivals, Kitto said.

"They actually lost to Fiji 5-0 the day before so to go down 3-0 leading into the last ten minutes and to comeback 3-2 just shows the enormous effort that these girls put in," he said. 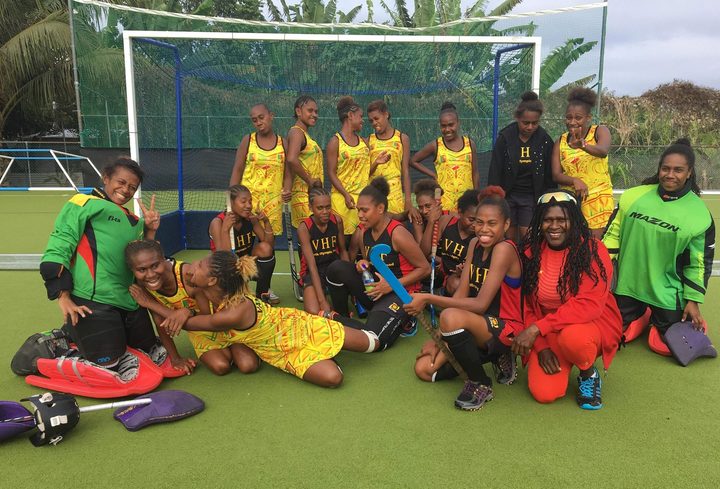 "Their heart was on their sleeve. It was just such a good game and they still had the attack the last two minutes, looking for the equaliser.

"It was a shame they couldn't get it but the crowd was on their toes, everyone screaming, it was just a really good atmosphere."

Kitto coached the Vanuatu men to the gold medal and was full of praise for their defensive effort after being outnumbered in the final period.

"In the last ten minutes we had two yellow cards, so we've gone down from five players to three players," he said.

"So we had a goalie and two players on and we were just defending and our keeper made six one-on-one saves - they call it a challenge.

"High-tempo game, lots of goal-scoring, the crowd was going nuts - my heart was in my throat, that's for sure." 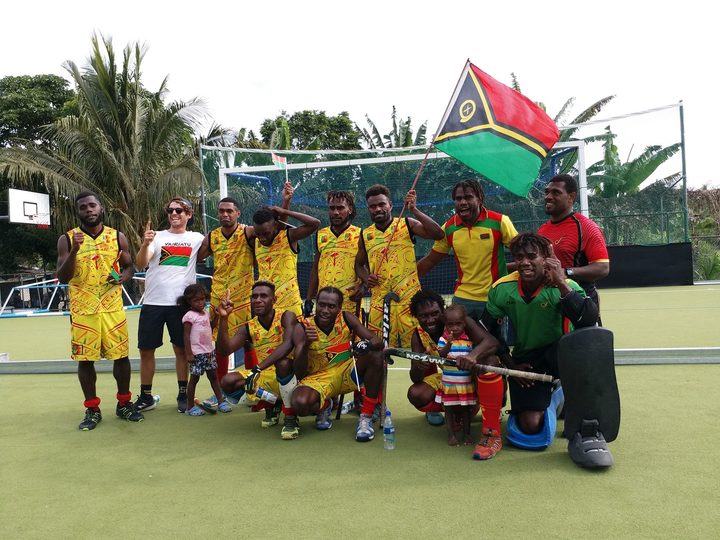 The Vanuatu men and Fiji women now advance to Round 2 of the World Series competition in Asia next year, which has replaced the former World Hockey League.

It would be a big adjustment for both teams going from five-a-side games to a full 11-a-side competition, Kitto said.

"Hockey 5s is specific for the Pacific region purely because of travel costs," he said.

"Unlike other regions where you can quickly hop on a bus or a train or whatever and get to another country - or a cheap plane ticket - here it's cost-effective to play the hockey 5s."

Adding to the challenge for Vanuatu is the fact the country does not have a full-sized hockey turf and only two members of their squad has previous experience playing in an 11-a-side game.

"The boys will obviously have to step up and start playing some elevens, which isn't common here in Vanuatu, but they're super pumped and they're prepared for the challenge," Kitto said.

"I guess the hardest thing now from a governance and board perspective (is) we have to get the finances to get the teams over to these countries, which is extremely difficult."