There are only 3000 Pacific people in Dunedin, in New Zealand's south, but an innovation workshop for Pasifika entrepreneurs there has heard loud calls for more opportunities and support. 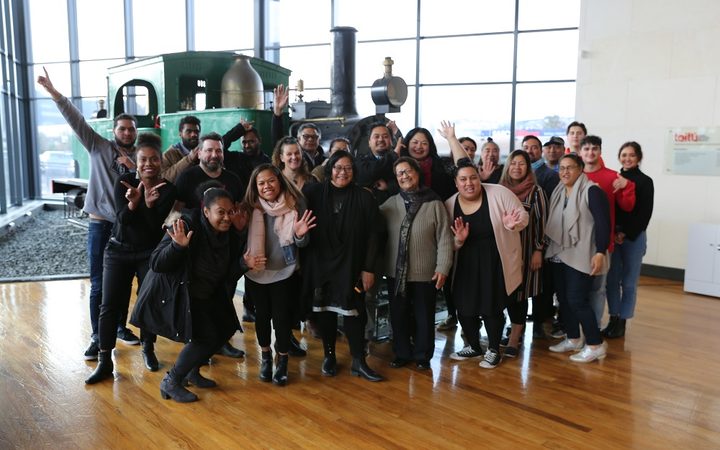 It was the first time Mahuki - Te Papa's innovation hub for developing digital businesses in the Culture and Heritage sector - brought its two-day workshop to Dunedin.

Twenty-two people took part with the focus on developing the participants' social enterprise or business ideas.

Mahuki's outreach manager Sulu Fiti said the ideas were focused on helping the community, and ranged from a resource to help people pronounce Pacific names correctly to shoes made from plastic waste.

One of the participants was Melissa Lama, a 25-year-old Tongan mother of two studying politics and public health at Otago University.

After seeing the difficulties her mother faced when trying to fill out immigration forms and access social services, Ms Lama said she wanted to find a way to make things easier for Pasifika people.

"If we think of the disadvantaged communities and communities that struggle to access some of these services, it is Pacific," she said.

"In order to remove that barrier, we've got to think about how we can move with the times but also be culturally aware and sensitive to some of their limits."

With the intention of making a "cultural competency tool", Ms Lama started researching where communication breakdowns occur between government staff and Pasifika people.

"[There was] a hope to weave more deeply the experiences and knowledge of our ancestors into 21st century technology and models."

Ms Laufiso was elected Dunedin's first Pasifika councillor in 2016 and has been pushing for her community to have a bigger voice.

The council held its first Pasifika hui in April to consult on the long-term plan.

The Pasifika population of Dunedin was just under 3000 people at the 2013 census - about three percent of the city's population.

It was often difficult to get resources for the population whose needs were overshadowed by those of bigger Pasifika communities in New Zealand's other main centres, Ms Laufiso said.

"The South Island does not stop in Christchurch and you have to challenge everyone to rethink your population-based funding because the needs here in the South are just as great as they are in Ōtara or Porirua or Māngere or Manukau," she said.

"We've got some real areas of poverty and we want greater access to those services and resources so that's what I've been saying for the last 30 years."

Ms Laufiso said she wanted to see the Ministry for Pacific Peoples set up offices in Dunedin and Invercargill.

In a statement, the Minister for Pacific Peoples Aupito William Sio said while he could not comment on operational matters, he recognised that Pacific populations in rural areas were growing, particularly near Dunedin and Invercargill.

The minister planned to meet with communities in Invercargill during his visit for the upcoming Murihiku Polyfest at the end of this month and he will also make stops in Oamaru and Dunedin.