The Solomon Islands Electoral Commission has launched a process to update its list of registered voters. 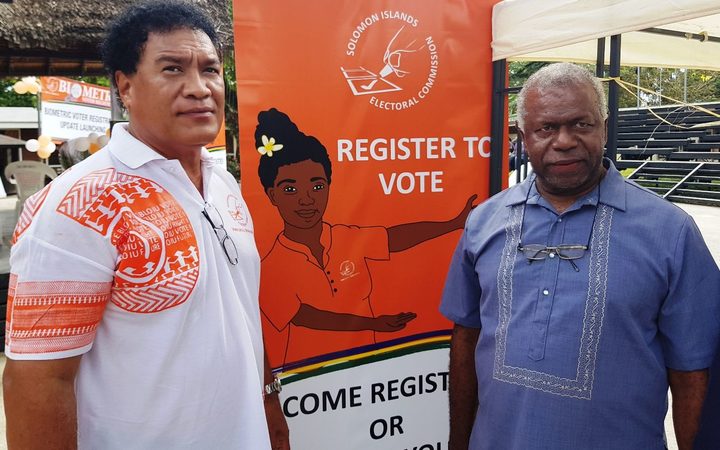 Ajilon Nasiu and the Permanent Secretary of the Ministry of Home Affairs George Palua at the launch. Photo: Supplied

The Chairman of the Commission and Speaker of the National Parliament, Ajilon Nasiu, said the aim was to enrol all eligible people over the age of 18 prior to next year's general election.

Mr Nasiu said the existing voter list is being updated and those already on it don't need to register.

He said the update starts next month.

It's estimated some 35,000 young people are now able to register as voters.