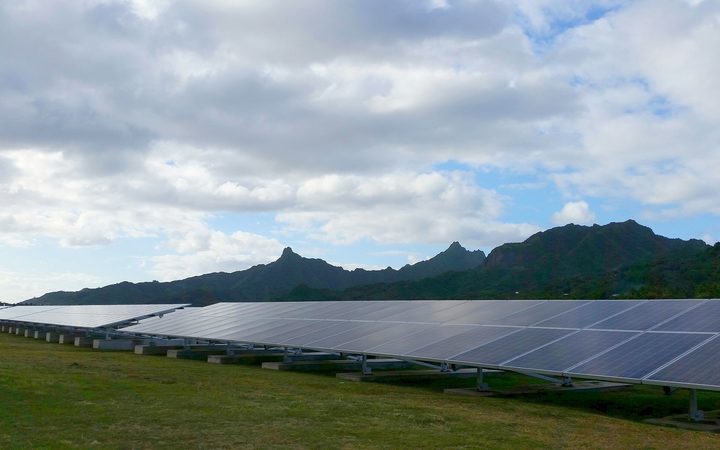 Gridmarket is currently rolling out solar panels across Palau free of charge and says the country could be mostly solar-powered by next year.

Its chief executive Nick Davis said the company is in talks with a number of other Pacific states to do similar work, funded by private investors.

"All the things that really make them not only a good target, but a critical target for a lot of these distributed energy transformations and sustainability transformations."

Gridmarket in August struck a deal with Palau's government to help it "achieve and exceed Palau's goal of 45 percent renewable energy by 2025," documents show.

The scheme is being underwritten by EarthX, the environmental non-profit founded by Texan billionaire Trammell Crow.

There is a business element to it but for most stakeholders involved the goal is promoting decarbonisation globally, he said.

The Palau project is currently in its planning phase, with solar panel installations expected to begin in the coming months.

Despite the agreement's 45 percent figure, Mr Davis said Gridmarket is targetting 99 percent renewable energy in Palau eventually, through a range of sources, including solar power.

Palau is spending excessive amounts of money on diesel powered energy and a switch to renewable sources would ease the country's financial stress, he said.