New Caledonia have claimed the final semi final berth at the Oceania Under 19 Men's Football Championship after coming from a goal down to draw 1-1 with Fiji and advance with a superior goal difference.

Ratu Dau opened the scoring for Fiji in first half stoppage time after getting on the end of a cross in the New Caledonian box.

The French Territory had a chance to level the scores seconds later when Paul Gope-Fenepej was brought down in the Fijian box but Cyril Drawilo's penalty was denied by the keeper. 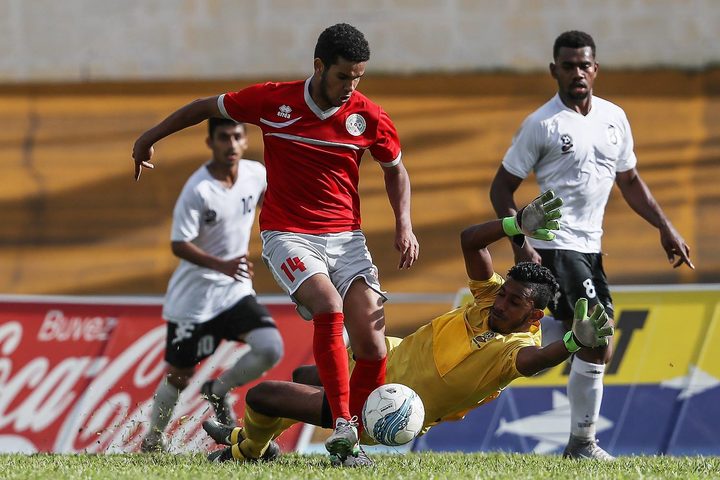 Gope-Fenepej had a raft of chances to equalise early in the second spell but it was Drawilo who made up for his earlier mistake with a 62nd minute strike to seal second place in Group B and a semi final showdown with defending champions New Zealand.

"At times it felt like maybe it would be one of those days where nothing goes your way but we really couldn't think like that," coach Felix Tagawa said.

"We needed to stay positive, like I said to the boys: 'we need to remain calm, be positive and it will come'."

Meanwhile, a second-string Solomon Islands confirmed top spot with a narrow 1-0 victory over Vanuatu, who were reduced to ten men for the final 15 minutes. 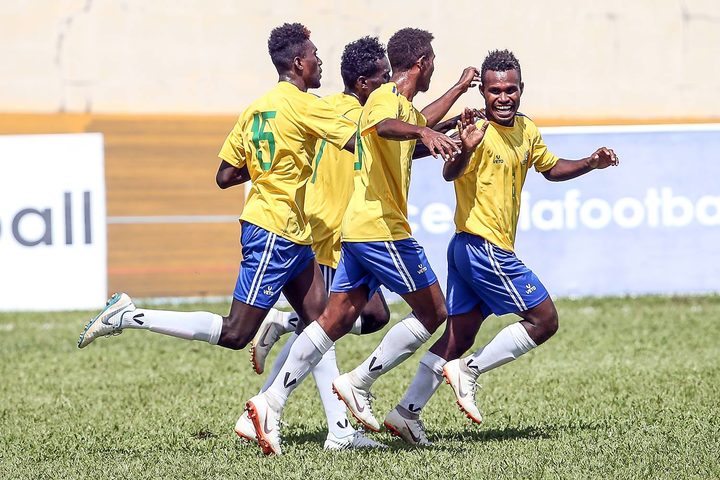 Solomon Island's Patrick Taroga scored the only goal of the match. Photo: OFC via Phototek

Patrick Taroga's 15th minute header maintained the Solomons' perfect record in the group although coach Batrum Suri admitted they weren't at their best.

"Well with the performance in the first half we didn't perform because the wind was against us," he said.

"The boys kept on going to at least score a goal that made us win the game. The first was not good but we came back in the second half to play a bit more.

Solomon Islands will take on hosts Tahiti in the final four, with both semi finals to be played on Wednesday local time.