A 12-year-old boy is the lone survivor of a plane crash in Papua which killed eight people. 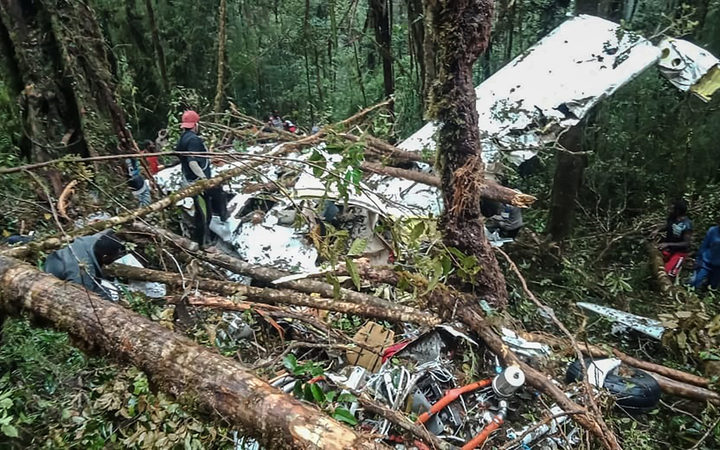 The crash site of the aircraft at Menuk mountain in Oksibil. Photo: AFP / INFORMATION UNIT OF PAPUA'S CENDERAWASIH MIITARY COMMAND

The light aircraft went missing on Saturday, during a 45-minute flight from Tanah Merah to Oksibil, close to the Papua New Guinea border.

The plane, owned by private charter Dimonim Air, was found on Sunday morning North of Oksibil.

Two pilots and six passengers died and their bodies were recovered.

The boy's health is unclear but photos from the scene reportedly show him conscious.

According to the news agency AFP, nearby villagers heard a loud roar followed by an explosion.

An investigation will be carried out into the cause of the crash.

Five people died after a small plane crashed near Wamena in Papua in July last year.

In 2015, a Trigana Air plane crashed near Oksibil due to bad weather, killing all 54 people on board.