Papua New Guinea's government is anticipating a wonderful opportunity on the near horizon, but the jury is out on whether holding an APEC summit will help the country. 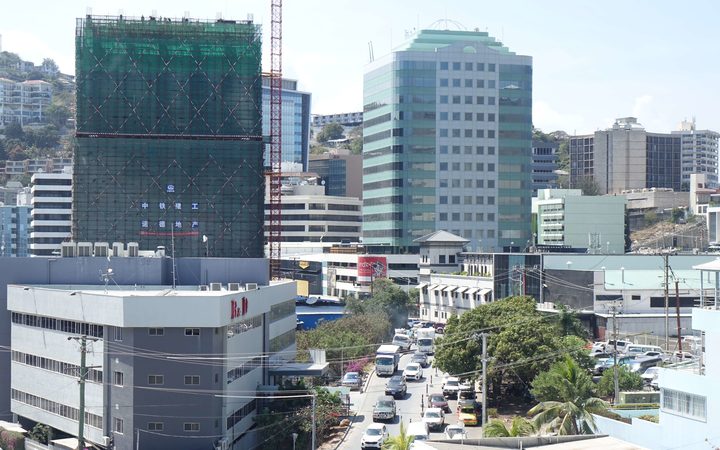 Leaders of the world's biggest economies are to converge on PNG's capital Port Moresby to discuss trade and investment, and other stuff that the powerful talk about together.

APEC is billed by PNG's government as the ultimate chance to unlock the resource-rich country's economic potential.

Despite a struggling economy and large debt levels, the government has borrowed significantly to develop infrastructure projects in the city, such as road construction, in time for APEC.

"We need investments, we need partnerships, we need capital to develop our country, and so APEC is going to represent a wonderful marketing opportunity for Papua New Guinea," PNG's Treasurer Charles Abel said.

PNG's immense wealth in natural resources and its unique culture would be showcased, he said, like never before.

"So APEC presents an opportunity. Bring all the CEOs here, bring the global leaders, bring the world's spotlight here.

"And we're saying that within this Asia Pacific region, which is going to be the major growth driver in the world over the next few years, Papua New Guinea is well placed," Mr Abel explained. 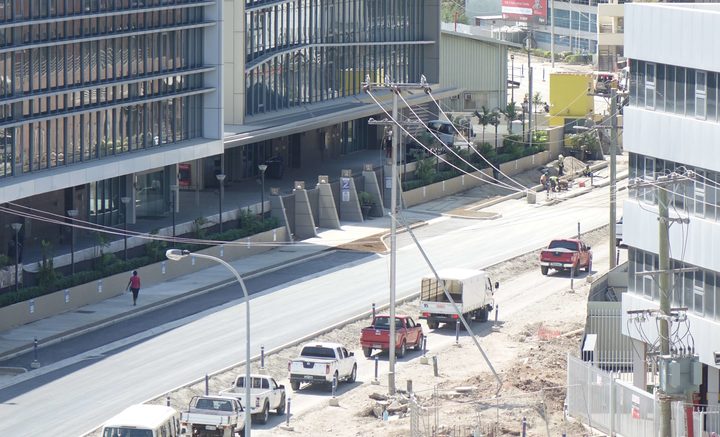 But not everyone is convinced with the government's claim that hosting APEC will put PNG on the global map.

"Well, firstly, we're already on the map. The problem is we're on the map for all the wrong reasons," the opposition MP Bryan Kramer explained.

"The reality is we're a very small economy. So it's not like all of a sudden the world is going to open up to PNG.

"The challenges in PNG remain the same, in terms of doing business in PNG, in terms of corruption, and these are the deterrents that are turning away investment."

Over the past ten years, however, Port Moresby has seen a surge in investment which reflects the impact of big projects in PNG's resources sector such as the Exxon Mobil-led liquefied natural gas project.

But a growing skyline and an influx of money haven't translated into much in the way of opportunity for most Papua New Guineans in this burgeoning city.

"The average Papua New Guinean is struggling to get by. The cost of living has gone up as our kina continues to devaluate based on our restrictions on foreign exchange," Mr Kramer said.

"So while the APEC is ramping up in terms of its media and publicity, it'll have little impact on people on the ground."

PNG's struggles to provide basic health and education services became glaringly evident in the past few years as government revenues collapsed, but the government sees the country as a kind of work in progress.

"There's always been a gap between what is required to educate our people and provide health services to an international standard," said Mr Abel who explained that the government was working to "refine the system" to generate revenue flows more effectively. 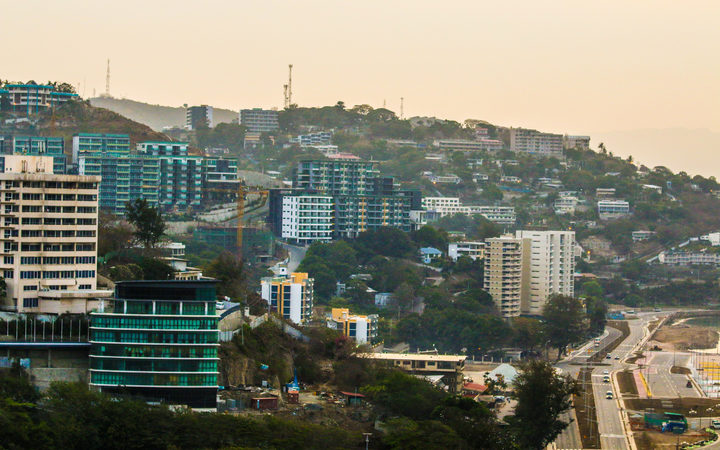 But the Governor of PNG's National Capital District Powes Parkop is banking on a future payoff from APEC.

Hosting APEC offers the possibility of a new reputation for a city known internationally for its high crime rate.

"We will prove that we are capable of hosting a major global event. We also will be a city that not only Papua New Guinea can look to for services and opportunities," Mr Parkop said.

"But also for me I want to see Port Moresby becoming a regional city that the Pacific looks to for services, for employment, for recreation, for entertainment, for opportunities as well."

The APEC summit will be the biggest event that has ever taken place in this Pacific Island country of eight million people.

APEC is all about opportunity, and PNG's government has its eyes firmly on the main chance.