The World Health Organisation (WHO) has launched a campaign to crackdown on smoking in the Pacific by engaging with businesses, while accusing governments of being swayed by tobacco lobbyists. 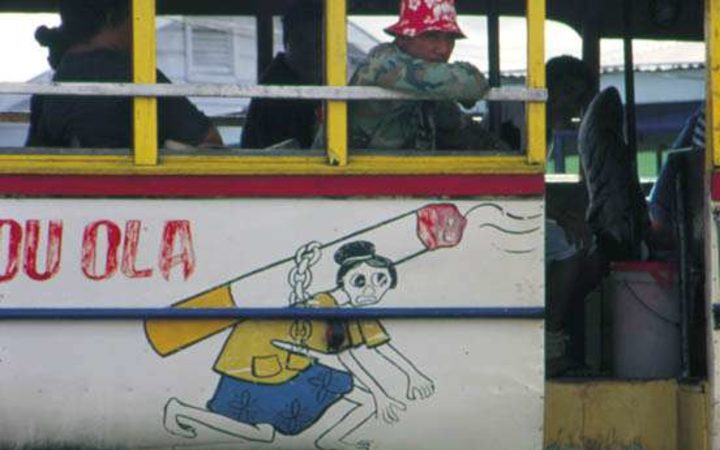 Anti-smoking advertisement shown in a Samoan bus. Photo: WHO

The organisation's Western Pacific division is made up of 27 states, including 17 Pacific Island countries.

It is a region where three people die every minute from tobacco consumption, exacerbated by lax laws and the ubiquity of cigarettes.

The WHO has responded with Revolution Smoke-Free, a campaign to establish smoke-free work places throughout the Pacific.

Coordinator Kate Lannan said the Pacific generally had low levels of compliance with with smoke-free legislation backed by the WHO.

Only New Zealand, Australia, Nauru and the Marshall Islands have moderate to high levels of compliance, while Papua New Guinea has no data provided.

(The measures vary - some countries with poor compliance may have smoke-free legislation for businesses, while allowing smoking on public transport.

"In most other areas regions of the world you have much more comprehensive leglisation that's been passed in order to protect people from smoking and second-hand smoking," Ms Lannan said.

Usually the WHO would engage with governments to push through smoke-free initiatives, but Ms Lannan said in the Pacific the tobacco industry had too much influence over governments.

"We can engage with government, but in the end there's always tobacco industry interference that either prevents legislation from being passed or waters it down to the point where it's essentially not very effective."

The industry had influence over the private sector as well but might not have the power to stop companies from implementing their own policies, she said.