A ceremony has been held on Hao atoll in French Polynesia to mark the arrival of the underwater fibre optic cable from Tahiti. 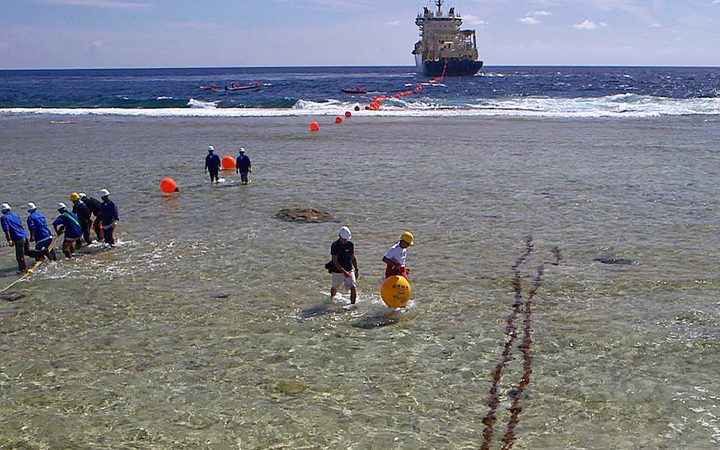 A cable bringing broadband to Hao atoll in French Polynesia is landed in August 2018 Photo: Supplied

The ship Ile de Batz, belonging to Alcatel Submarine Networks, arrived from Papeete, extending the network by about 1000 kilometres.

Local authorities welcomed the upgrade at the same time as a massive Chinese fish farm was being built in Hao.

The communications project, known as Natitua, is expected to cost about $US65 million.

The ship will next hook up Makemo, Fakarava, Arutua, Kaukura, Rangiroa, Manihi, Takaroa in the Tuamotus.

In a further step, the cable will connect the Marquesas.