A Samoa District Court judge, Fepulea'i Ameperosa Roma, has sentenced nine of eleven Luatuanuu men to jail after they pleaded guilty to rioting. 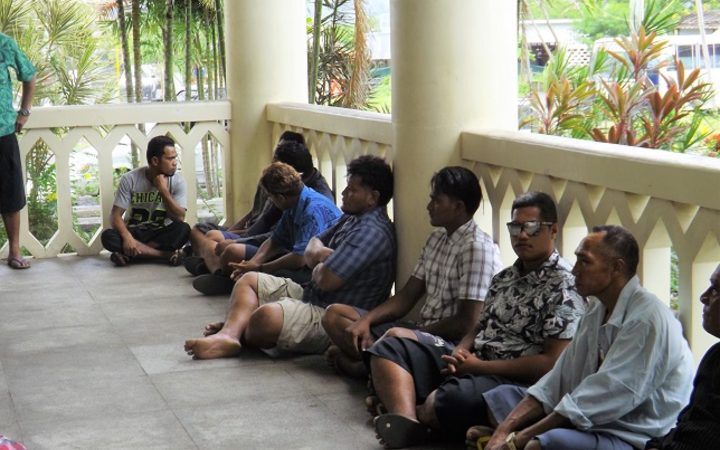 Eight of the men were jailed for six months for rioting while one was sentenced to six weeks in prison.

The oldest of the defendants, a 59-year-old village matai and a 35-year-old man, were convicted for using threatening words and disorderly conduct - they have been ordered to pay costs.

The police had filed the charges after several youths from Luatuanuu village blocked the road.