Four-time major winner Ernie Els has given the Natadola Bay Championship Course the seal of approval after arriving for the Fiji International golf tournament.

The 48-year-old South African is the marquee name competing in this week's event, which is tri-sanctioned by the Australasian, European and Asian Tours.

The former world number one is visiting Fiji for the first time and took to the course on Tuesday for a first look ahead of the opening round.

"This is the trade-wind and it seems like 11 o'clock on the clock it starts blowing and the course plays well with it," he said.

"I've started on the back nine. [There are] beautiful views down to the ocean and back, quite a bit of undulation on the course.

"I played the first four holes on the nine, the front nine, where you definitely need a cart [to get around], thank goodness, but it's a beautiful golf course.

"The landscape is unbelievable - you've almost got a bit of mountain golf course on this side and then coming on this side here in the back you see the ocean so it's a wonderful golf course and I think the wind will keep it fair." 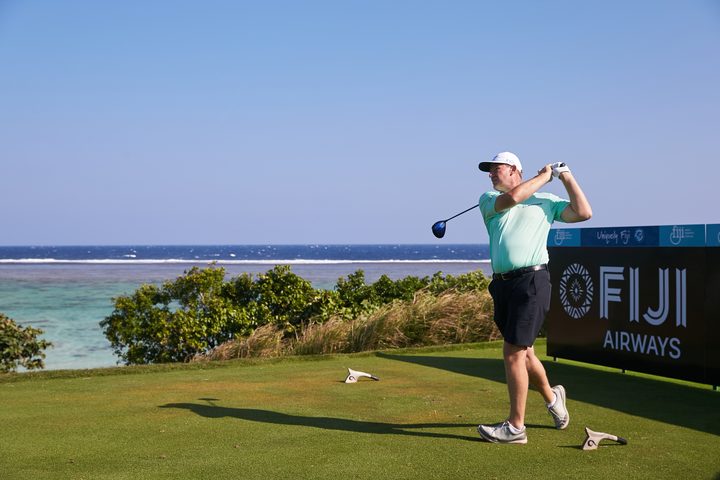 Ernie Els has won more than 70 professional golf tournaments but admitted it was rare these days for him to be the big drawcard at an event.

"Well I haven't been the headline act for a while so it's kind of a bit of a different for me for the last couple of years but it's great to play in Fiji," he said.

"My great friend Vijay [Singh] is the host, I guess, of the tournament. He's from here and I've always wanted to come and play golf here in Fiji and hopefully we can play together at some point this week but it's great to be here." 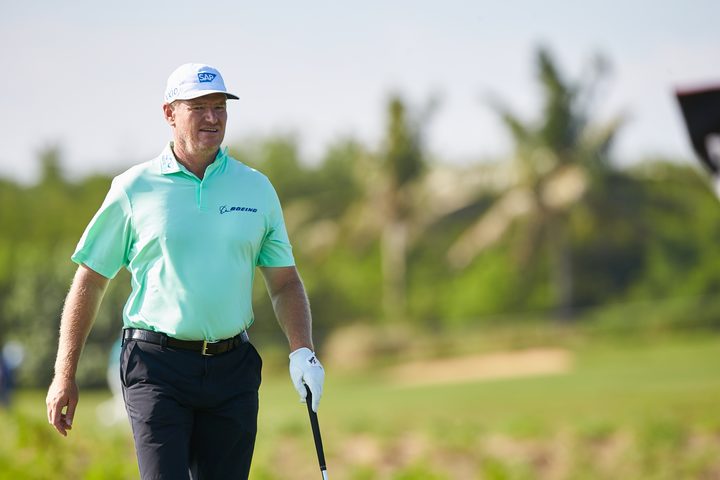 Ernie Els is the marquee name at this year's Fiji International. Photo: PGA of Australia

Els will play the opening two rounds at Natadola Bay alongside Australian pro Lucas Herbert and amateur David Micheluzzi and said the Fiji International is also a good chance to scout some talent ahead of next year's Presidents Cup, where he will captain the International Team.

"I see my draw, I'm playing with one really young Australian amateur and Lucas Herbert which is going to be fun and see how there games are - if they get hot they can get into the team," he said.

"There's so many young guys that it's really pushed hard now, from [Chilean teenager] Joaquín Niemann - he's only 17 turned pro and he's already had four or five top tens on the US Tour.

"So he's making a huge push [along with] some Asian players, Australian players so there's a lot of young young blood coming through and I've got to keep my eye on it and playing in events like this I can see how their games are progressing." 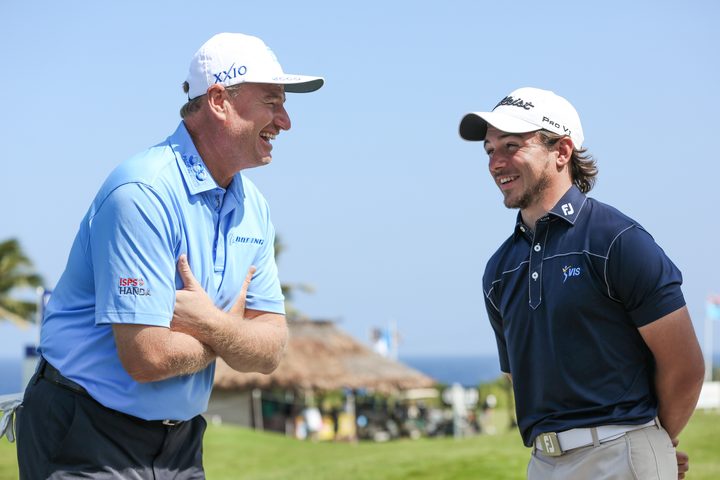 Ernie Els and Australian amateur David Micheluzzi have been grouped together for the first two rounds. Photo: PGA of Australia