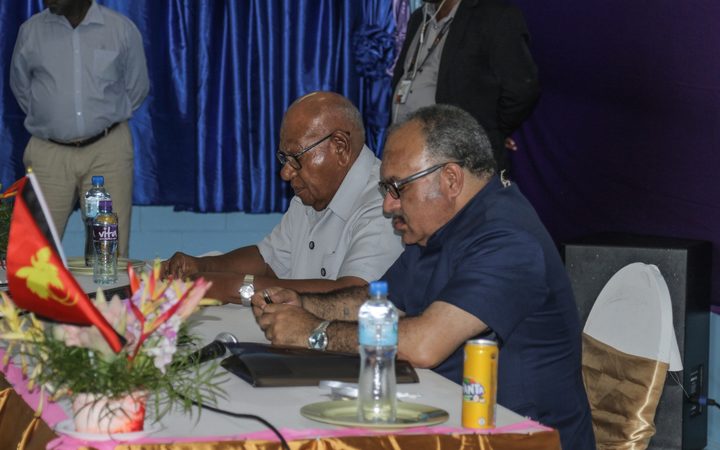 On Wednesday the President of Bougainville John Momis said the $US1.49 million dollar cheque, given by Prime Minister Peter O'Neill at the end of the Joint Supervisory Board meeting at the end of last month, had bounced.

The money was intended as an initial payment towards preparations for the referendum on independence planned for next year, and Mr Momis said the cheque failing to clear was an indication of the national government's apparent lack of commitment to the vote process.

But Loop PNG reported Mr O'Neill saying to avoid fraud the cheque required a covering letter from the secretary of finance before it could be cleared, and that Bougainville would have known this was the case.

Mr O'Neill is reported to have called an earlier RNZ Pacific story "fake news" but it was from information direcctly from the Bougainville president.