The tap, tap, tapping of a computer keyboard is probably not what you would normally associate with Polynesian design and tattoos.

But it is the chosen tool for Auckland based artist Vaimaila Urale whose contemporary take on tatau involves the use of four traditional Samoan symbols which exist on a standard keyboard as less than, greater than, forward slash and back slash.

Vaimaila was born in Samoa and grew up in Wellington after moving to New Zealand as a child.

She said growing up she was intrigued by her father only ever having western style tattoos on his body. 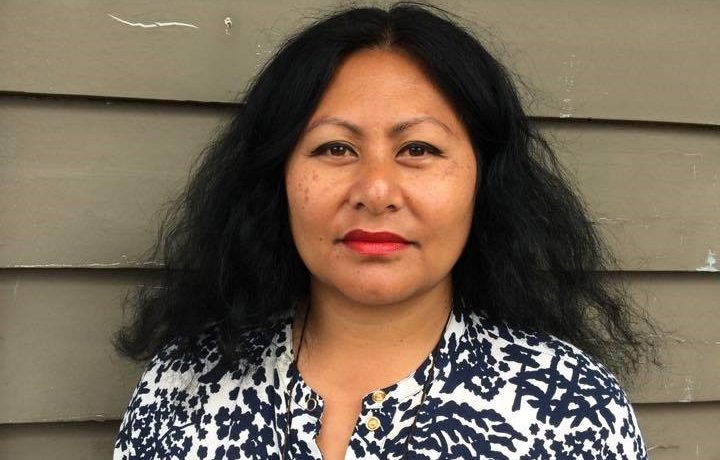 Her curiosity continues in her current project Typeface which she carefully selected the characters for.

"The reason why I actually chose them and I haven't selected the dot or the semi colon is because the greater than and less than signs translate into the Fa'avai Tuli. And the Tuli is a shore bird a native bird in Samoa. So its like their footprint in the sand," said Vaimaila.

"Now the back slash and forward slash keyboard characters translate to Tusi Lilii or small lines. And you can find that on a coconut leaf." 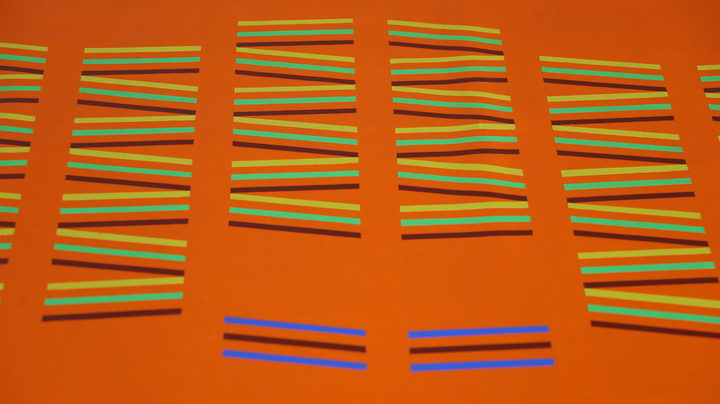 Part of a painting by Vaimaila Urale for her project Typeface. Photo: RNZ Pacific/ Koroi Hawkins

As well as tattoos Vaimaila's body of work includes paintings and murals which have featured in exibitions in the United States, Australia and New Zealand.

Her latest exhibition involved a live tattoo session at the Enjoy Gallery in Wellington.

Vaimaila Urale said she tries to incorporate people's family and life stories into her custom tattoos. 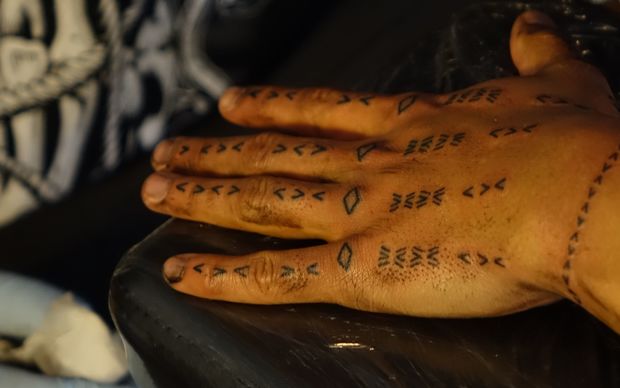 Her designs are all created on a basic word document.

She said the tapping motion and sound of the computer keyboard is reminiscent of traditional tattooing techniques. 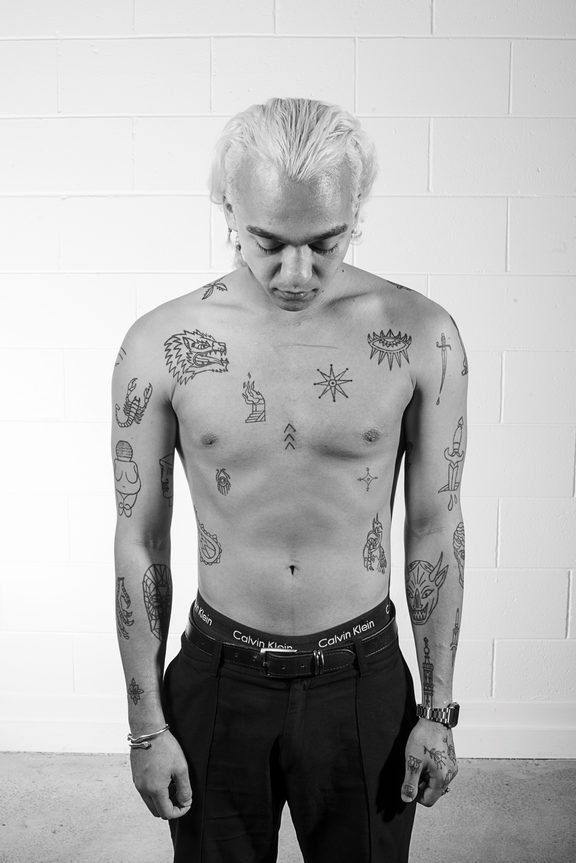 @Serval.Fandango - Illustrator/Tattooist >>> - One of the images for the upcoming exihibition, Tino Talk, at Sanderson Contemporary. Vaimaila's design tattooed on the subjects sternum is in stark contrast with the rest of this young man's body art. Photo: Raymond Sagapolutele

For an upcoming exhihibition Vaimaila Urale has picked up the tattooing tools herself and inked her designs on young Pacific men who had only ever had conventional western-themed tattoos.

"These men that ask me, 'okay so why?' I have been asked that question why? And its funny the first thing that comes into my mind...I say because I want to decolonise their bodies." said Vaimaila.

A photographic exihibition of this work called Tino Talk will feature at the Sanderson Contemporary Art gallery in Auckland from the third of July.