A former New Zealand High Commissioner to the Cook Islands says a new mobile health clinic for Rarotonga has been designed for use in disasters. 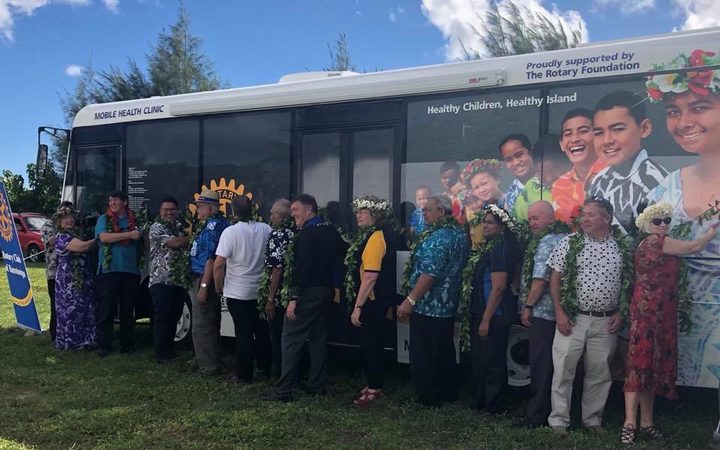 Kaveinga Ora will begin replacing the island's 27 medical centres this week as it starts service for the island's 13,000 people.

The refurbished bus has been two years in the making and was made possible through the efforts of Rotary clubs in New Zealand, Rarotonga and worldwide.

The retired diplomat Nick Hurley has been in Rarotonga for the service's launch that his wife Christine helped instigate.

He said it was designed for the island's conditions.

"They used a number of specialists for things like making it able to be used in times of natural disasters. So it could operate three days without any external power with air-conditioning, or five days without. It could still operate with refrigerated space in there for people who might be needing urgent attention."

The project took two years of work between Rotary clubs in New Zealand, the Cook Islands and beyond, as well as the Health Ministry.

The ministry's health promotion manager Karen Tairea has been involved during that time developing the scope of the project.

"Depended what the topic was and what in particular we were discussing, we'd rope in other health staff that has more knowledge and experience in those areas," Ms Tairea.

"So with the clinical side we had the public health nurses because they would be the main users of the bus so they were able to say what equipment they needed."

She said hospital health services contributed, as the bus would also be used for health drives including blood donations and cervical cancer screening.