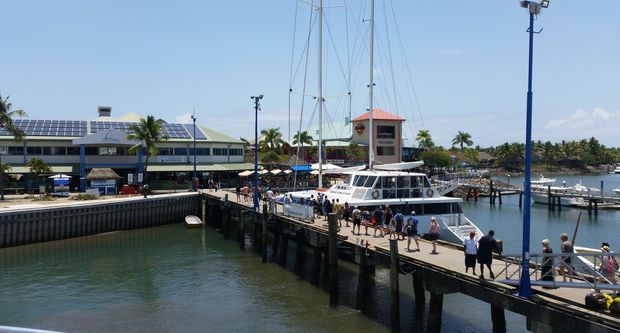 The authorities in Fiji have seized $US15 million worth of cocaine and ecstacy from a yacht.

The police and customs authority said the yacht, which last stopped at Bora Bora in French Polynesia, was searched at Denarau on Thursday.

They found 15 kilograms of cocaine and ecstasy on board, $US15,000 in undeclared cash, along with guns and ammunition.

The police did not state the yacht's intended destination, but Fiji and other Pacific countries have increasingly become transit points for smuggling between the Americas, Asia and Australia.

The acting commissioner, Rusiate Tudravu, said the arrests should serve as a warning to those who want to use Fiji as a transit point for smuggling operations.