Scientists have a lot to learn from Pacific languages, according to a linguist from the University of Hawaii at Manoa. 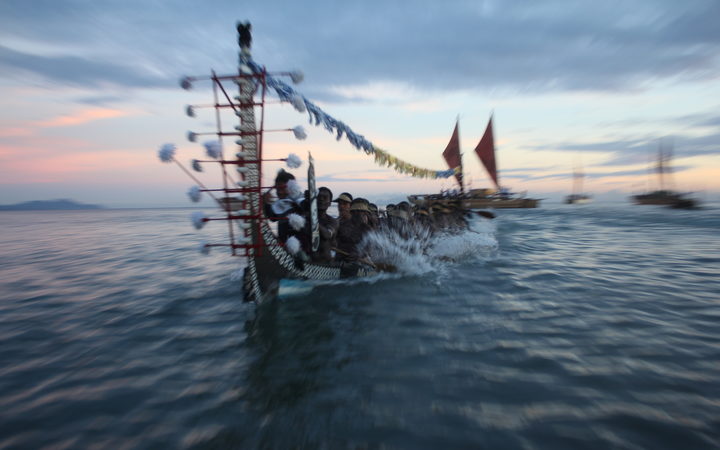 A traditional war canoe, Tomoko, from Roviana in the Western Solomons participates in the Pacific flotilla at the opening of the 11th Festival of Pacific Arts in Honiara. June 2012 Photo: Koroi Hawkins

Peter Schuelke is in Solomon Islands this month as part of a study of the Roviana language from the Western Province.

He said he believed there was a real need to document and preserve languages in Solomon Islands and across the Pacific.

"Roviana appears to be unique however there has been very little investigation of the languages of the Pacific generally, for example if you take Papua New Guinea you have by some accounts 800 languages. Maybe 100 or less have been investigated to some extent seriously.

"Most of language science is based on a survey of about five percent of the world's languages. There's seven thousand languages, maybe two thousand of them in the Pacific."