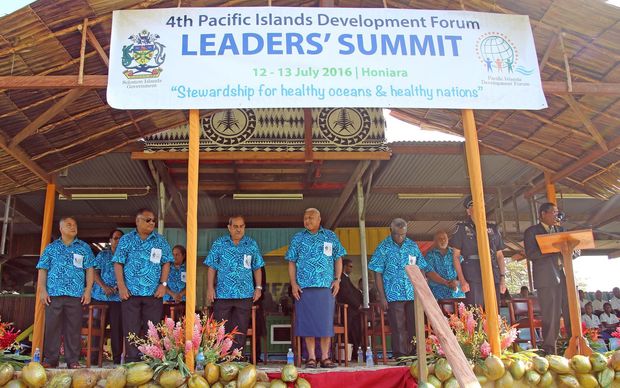 The Pacific Islands Development Forum leaders' summit, which was to be held in Solomon Islands in the first week of July, has been called off.

The Development Forum was set up by Fiji when it was suspended from the Pacific Islands Forum in 2009 following the Frank Bainimarama led coup of 2006.

The Solomon Star reports a statement from the Secretariat said the postponement of this year's event came after a request from the host and chair, Solomons Prime Minister Rick Hou.

The reasons for the move have not been made clear.

The meeting had been planned to coincide with the country's 40th anniversary celebrations as well as the Melanesian Arts Festival.