A small explosion at the summit of Hawaii's erupting Kilauea Volcano has sent ash spewing into the air, creating a driving hazard for roads on parts of the Big Island 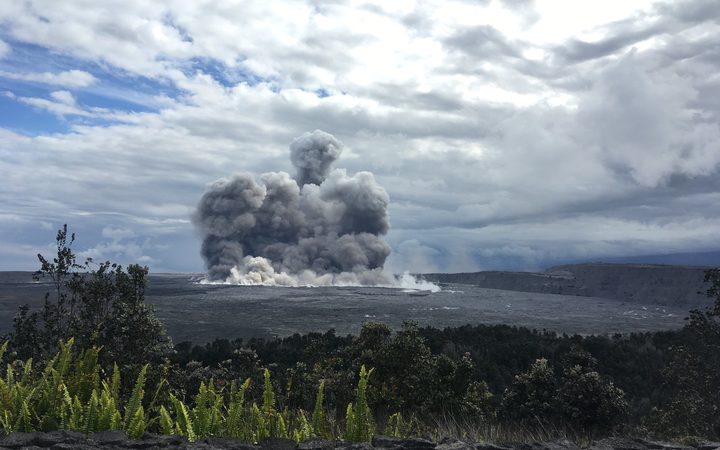 The U.S. Geological Survey said lava fountains from a fissure in the volcano reached as high as 55 metres over the weekend, pushing flows of molten rock into the ocean.

The Hawaii Emergency Management Agency said seismic activity at the crater continues with gas explosions and ash eruptions under 3,050 metres but while the eruption is never predictable, conditions appear stable for the moment.

Geologists said the eruption, which has entered its 39th day, stands as the most destructive in the United States since at least the violent 1980 eruption of Mount St. Helens in Washington state that reduced hundreds of kilometres to wasteland and killed nearly 60 people.

No one has died in the Hawaii eruption but some 600 homes have been swallowed by lava flows from Kilauea since May 3.