Solomon Islands Police have removed a United States 226kg bomb from Toumoa Village in the Shortland Islands during a recent Coast Watchers Exercise. 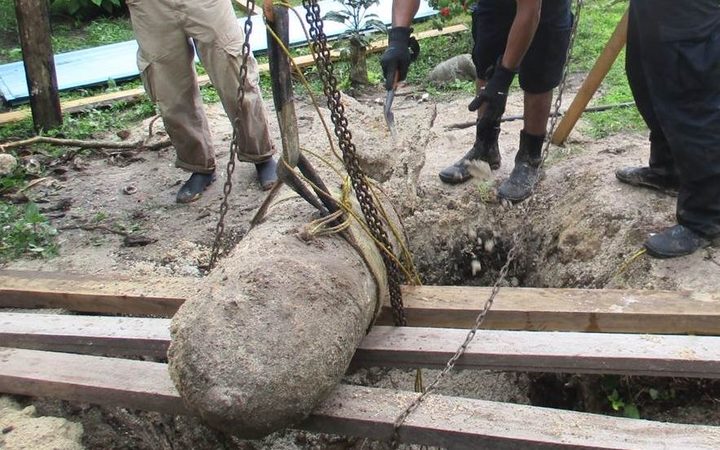 Inspector Clifford Tunuki said the team removed the World War Two bomb, which was located three metres from a house at Toumoa Village and was threatening the safety of villagers.

It was later blasted safely at sea.

Mr Tunuki said shortly after the blasting, the Commissioner of Police and his team met with the Chief and elders of Toumoa Village and discussed issues at the common border with PNG which is affecting the livelihood of people in the Shortland Islands.