In many hospitals and clinics, there's a shortage of painkillers; the country has edged close to running out of antiretroviral medicines for those with HIV, and some clinics don't even have enough bandages, let alone surgical equipment.

Forty percent of the country's rural aid posts have closed, parliament was told recently, and of those that are open, several don't have power or running water. Some doctors have not been paid for months, while others are using their own money to buy basic supplies. At other hospitals, they're threatening to strike because they fear for their safety, especially after one incident in which a doctor was attacked by drunken soldiers.

It's not just the remote clinics, either. Several of the country's larger hospitals are running out of drugs, painkillers and testing kits too, according to several interviews with doctors, administrators and advocates, as well as local media reports and questions in parliament. 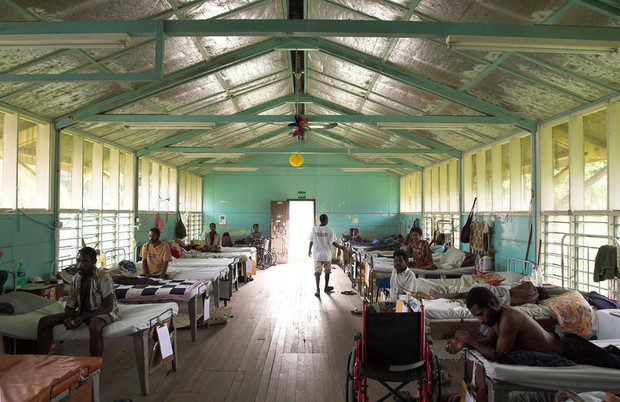 Angau Memorial Hospital in the PNG city of Lae. The country's running low on medicines, with many hospitals running out of supplies. Photo: RNZ Pacific

"We've seen with our eyes patients who are trying to seek medical attention from the hospital, and they find them sleeping on the floor without any drugs," opposition parliamentarian Allan Marat said.

A crisis like this is nothing new. Shortages of drugs and supplies being cut off are a regular occurrence in Papua New Guinea, with the last crisis happening only a year ago.

Funding comes in fits and bursts, analysts say, and the health system is given little priority. What funding is committed is often siphoned off in the bureaucratic web between the government coffers and the clinics, if it even shows up at all.

There's no stable system for procurement, either, with some clinics having to wait months for supplies to show up. Sometimes, they don't even get what they order.

As the health system once again hurtles close to the edge, doctors are yet again screaming for dramatic reforms as hospital shelves run bare and Papua New Guineans die.

At Port Moresby General Hospital, the country's largest, the gynaecology department's been out of drugs for weeks.

"Syphilis testing is really important in our practice because four percent of our pregnant ladies are found to have syphilis in their blood by testing," Professor Mola said in an interview. 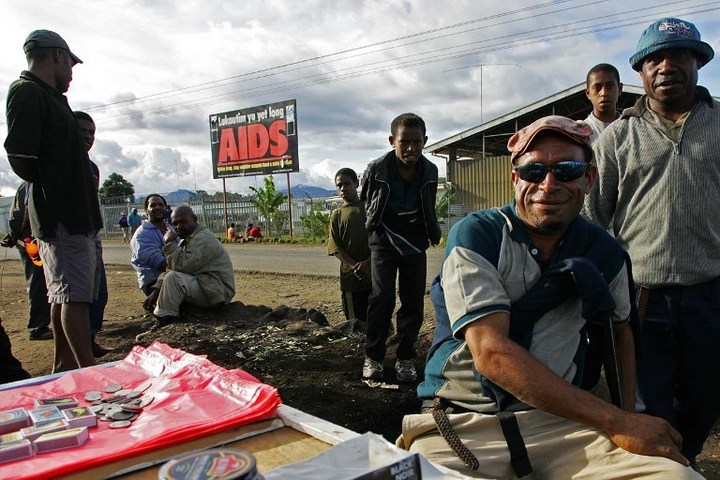 Of about 1500 mothers who give birth at Port Moresby General in a typical month, about 100 will be affected by syphilis, which can lead to stillbirth in about 40 percent of pregnancies if untreated.

But to treat mothers with syphilis, every woman who goes through Professor Mola's department needs to be tested.

"To test them costs less than a dollar, and to treat them no more than two. So for less than four or five dollars you can save a baby's life," he said. "But the important thing is you have to test them."

The problem for his department, though, is that the hospital has completely run out of syphilis testing kits. About 3000 women have gone through the department untested since, he estimated.

At Port Moresby General, testing kits are ordered in bulk and are supposed to arrive about twice a year, Professor Mola said. The latest order is currently two months late, and the hospital has now completely run out.

Professor Mola said babies have probably died because of the shortage.

"We've had more stillbirths," he said.

"You get to the audit meeting at the end of the month and there's some big babies that didn't make it and you just have to wonder, could this be syphilis? We can't test. So you're just left thinking goodness gracious perhaps we could have saved this baby's life."

It's not just testing kits. Last month, the country ran critically low on antiretrovirals, the drugs used to control HIV and to limit its spread to others. Papua New Guinea has the highest prevalence of HIV in the Pacific, according to the United Nations, with about 47,000 people living with the virus - a prevalence rate of 0.91 percent. 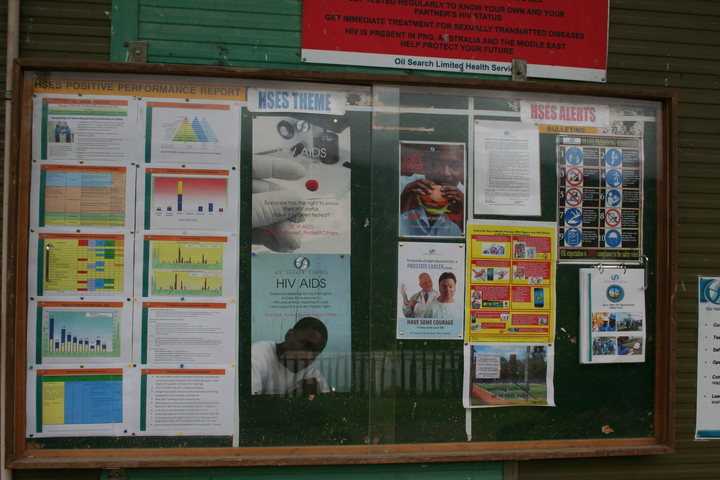 When the antiretrovirals didn't arrive earlier this year, Professor Mola said, the hospital - like many others - ate into its buffer supply, which is stored in case of emergencies. When that started to run low, doctors and nurses went around other clinics in the city trying to scrounge together some stock.

They've managed to get by, Professor Mola said, but supplies still remain low.

Getting hold of a more stable supply is critical, he said, because if treatment is interrupted, a drug-resistant form of HIV can develop.

"In other countries - New Zealand, for example - if you're found to have resistant virus because you've interrupted your treatment, then you would be put on second line or third line antiretrovirals which are about 100 times the price."

"We can't afford these here," he added. "So if people interrupt their treatment and then their bodies get taken over by resistant bugs it's just bad luck now.

"You're gonna die from AIDS, most likely."

When the antiretroviral shortage hit the headlines in late May, the government finally ordered in an emergency supply. But that got stuck on the wharf at Port Moresby for a week because, as the health minister told Parliament, the woman at customs who could sign the drugs into the country couldn't be found.

Professor Mola's situation is not unique.

Forty percent of Papua New Guinea's remote aid clinics have closed because of shortages in recent months, the health minister, Sir Puka Temu, recently admitted in parliament. Others that remain open are mostly staffed by volunteers, some don't have supplies of electricity or running water.

There has been no consistent health funding for years, according to Paul Barker, the director of the PNG Institute for National Affairs, a research body. Crippling supply shortages have become all too common, he said.

"Every so often there's a report, 'oh look it's just been fixed, we've got something in.' But then of course a week or so later we sort of seem to be without again," said Mr Barker. "You can't just provide it one week and then have a big gap - it's absolutely crucial that you have regular provision."

The crisis began a few years ago, he said, when the government, anticipating great riches from the development of a liquefied natural gas project in the Highlands, brought in a free healthcare programme, banning clinics from charging patients.

But the gas money never came.

"We introduced the free health [and] service providers were then being told 'you can't collect these funds,'" said Mr Barker. "Therefore the money that was available for the government and church health services was actually having to be stretched further because that supplementary revenue wasn't able to be generated."

Health Minister Sir Puka Temu is yet to respond to requests for comment from RNZ Pacific, but he insists the government is working hard to solve the shortages and has actually increased the health budget. The government does have a national health strategy, but many are yet to see any outcomes from it.

Mary Rose Bagita, a Port Moresby obstetrician who said she recently had to work with no running water, said the money's not reaching the hospitals.

"We are told that there's some money available and it's to help the health system," Dr Bagita said. "Unfortunately, those at the health facility levels, we don't seem to see the effect of that money."

Still, Professor Mola said part of the problem was simply a matter of priorities.

When the government was confident that it was set to benefit from a windfall of mineral riches, it set out on a spending spree for which the country is now paying dearly. Ribbons of tarmac and flyovers soared across Port Moresby, and new stadiums popped up for what Mr Barker described as a "flamboyant" Pacific Games in 2016.

For two days in September, the leaders of the Asia-Pacific region will descend upon Port Moresby for the glitzy APEC summit, for which there will be a new multi-million dollar conference centre.

"A lot of money is being put into APEC, hundreds of hundreds of millions has been spent on infrastructure for two days - the meeting's for two days!," exclaimed Professor Mola. "I mean I'm no expert in this area but it just doesn't seem logical to me."

"Meanwhile there's no money for health." 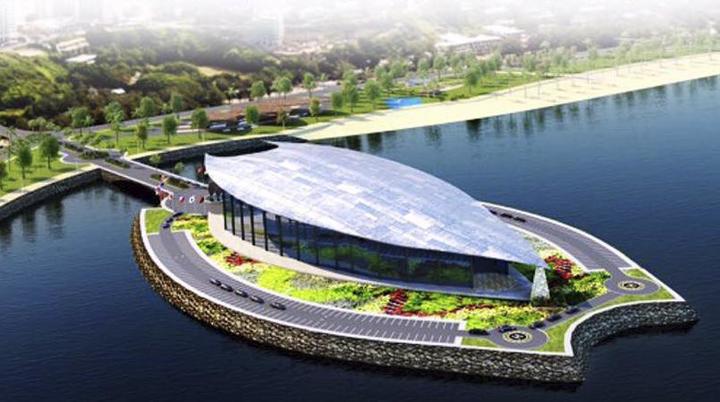 For everyone in a health sector on its knees, there's universal agreement that there needs to be urgent - and substantial - reform. From the way drugs are procured, to the bureaucracy that gets them in, to how staff are paid, to how hospitals are managed.

The push for substantial reform is even coming from abroad, said Mr Barker, including from PNG's biggest donor, Australia.

But so is support. On Monday, the Asia Development Bank announced a further US$195 million to support the country's efforts towards universal healthcare.

Inez Mikkelsen-Lopez, the bank's healthcare specialist for the Pacific, said in a statement that PNG's poor health outcomes were the result of deteriorating healthcare services caused by "volatile and unpredictable health financing as well as weaknesses in government systems and in health sector capacities."

But as Papua New Guinea goes through its latest crisis, Mr Barker said there seemed little motivation from the corridors of power to change the country's health system. As health workers scream for something to be done, there seems little prospect for genuine change.