Tuvalu have finished winless in pool play at the CONIFA World Football Cup in London after a 3-1 defeat in their final match against Matabeleland.

2016 Rio Olympian Etimoni Timuani scored Tuvalu's first goal of the tournament in the 27th minute, finishing off a move that started just in front of their own penalty box with a left-foot strike, after running onto a perfectly-weighted through ball from Okilani Tinilau.

The Pacific nation were outclassed 4-0 by Székely Land in their tournament debut before a crushing 8-0 defeat by Padania, second in the CONIFA world rankings, who topped the Group C standings with three wins from as many matches. 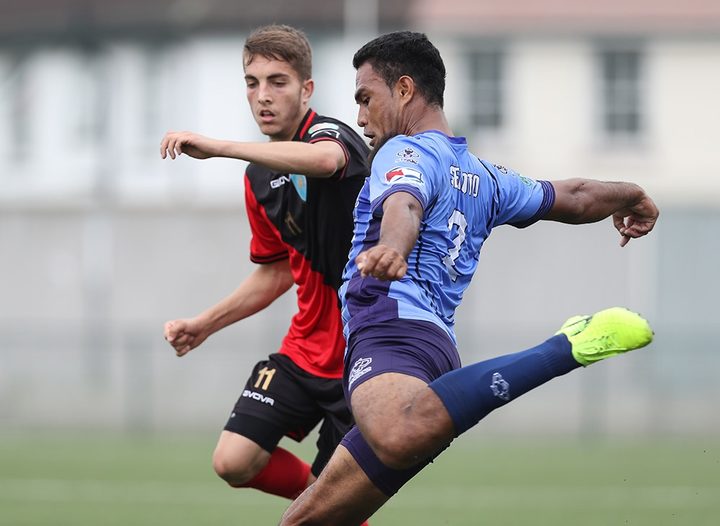 Tuvalu are competing in the CONIFA World Football Cup for the first time. Photo: CONIFA.org

Tuvalu's next match is against United Koreans in Japan in the first Placement Round on Tuesday local time.

The sole Oceania team in London are competing at the biennial tournament for the first time after Kiribati withdrew in March due to financial difficulties.

The World Cup is organised by the Confederation of Independent Football Associations and was first staged in 2014 for regions and states not affiliated to football's world governing body FIFA.

Tuvalu is an associate member of the Oceania Football Confederation but was refused FIFA membership because the country lacks a regulation football pitch.