Generations of Samoans have grown up listening to the music of Punialava'a, a sextet that has churned out many hit songs over 50 years. 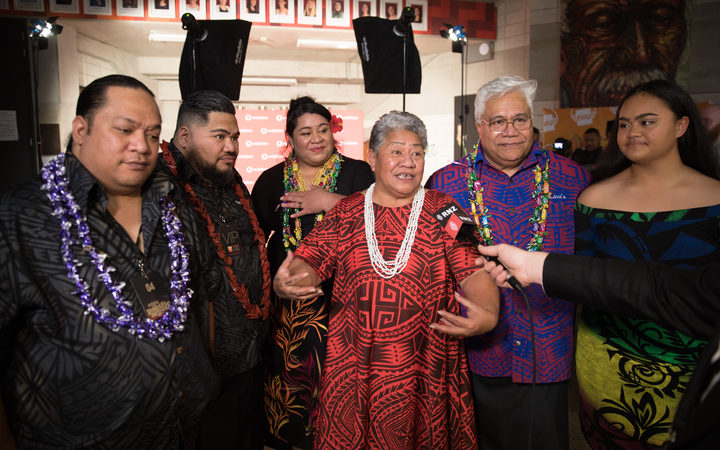 To their delight, they were acknowledged with a lifetime achievement award at this year's Pacific Music Awards in New Zealand.

Nanai Viellani Lale Peteru's father, Reverend Isoefa Lale Peteru, was one of the group's founding members. Nanai, who is now a member alongside other siblings, said for the Samoan-born group, the New Zealand recognition meant a lot.

"I was just telling mum and dad that all these New Zealand musicians we have met since moving here, and all other Samoans - New Zealand-born and American-born - all outside of Samoa all have the same story. Once they find out they always say, 'Oh my god, I always grew up listening to your music'."

Punialava'a's music is uniquely Samoan: the distinct twang of the ukulele, the breezy tempo, and lyrics about Samoan life in the Samoan language. But their method has often fused Samoan and western techniques - adding piano and electric guitar, to name a few, to create a recipe that has connected with global audiences for decades.

"It is so popular worldwide," said Nanai. "We want to do that and bring Samoan music out to the world to appreciate and whether they don't understand the lyrics. I'm sure it will take something with them to heart with the sounds of the music and vocals."

For all the stardom, Punialava'a started with humble beginnings in the village of Vailele. In 1968, school teacher Rev. Iosefa Lale Peteru - or Lale, as he's known - formed a group with some friends, slowly gathering recognition in Samoa, with support from the National Broadcasting Service.

Momentum gathered in the 1970s, and then, in the '80s, the group started churning out hit after hit well into the 2000s, including several compilations and performances with well-known artists from around the region - and the world.

Like a Samoan Bowie, the group changed style album-after-album, changing colours, sounds and techniques as they chronicled changes in both their personal lives and the wider world.

"We wrote different songs, different genres, different themes that help people during times of tribulations and other hard times of life," said Rev. Peteru. "Our style then was like the Bee Gees style, up until the 1980s, and then I met my wife Vini."

Vini Afutoto Lale Peteru became one of the group's main singers. The pair said they did not sing for the money, but for the entertaining and the messages. Staying true to the heart of Samoan and Pacific culture, they said.

"We have always been inspired by Lale's creative writing in his Samoan songs," said Mrs Peteru. "It is about our culture and the language where he composes all his lyrics on his understanding of his culture.

"Although I do have to say, I do not know who he wrote all those love songs to before we even met," she joked.

The family lives in Auckland now, but they're still writing. A new album is due to launch in June. 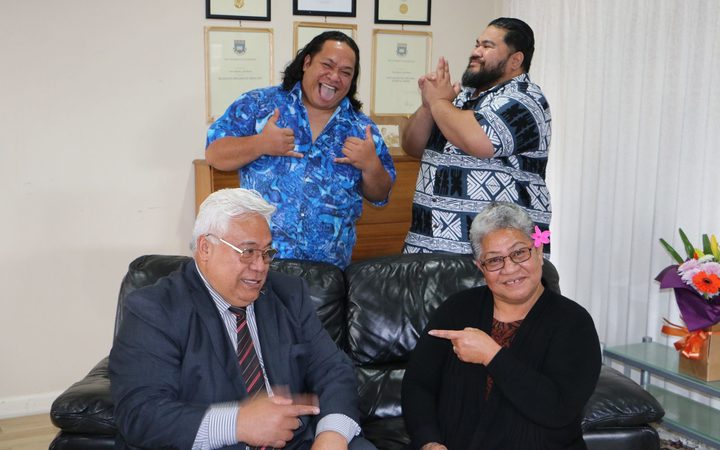 "We are humbled to be acknowledged and for our music, to be acknowledged and to be recognised in New Zealand. Faafetai, we are very thankful," said Vini Peteru, adding that her and husband planned to take more of a back seat. It would be their four children -- Nanai, Vania, Punilava'a and Melody -- to take hold of the group's direction.

With that, Punialava'a said their songwriting still needed some work.

"That is what we plan on doing to carry on, but we are still learning from dad though, as we are not as good as him in writing lyrics. Not yet anyway."

And with that, Punialava'a plans to be the backing track to Samoa for generations yet to come.