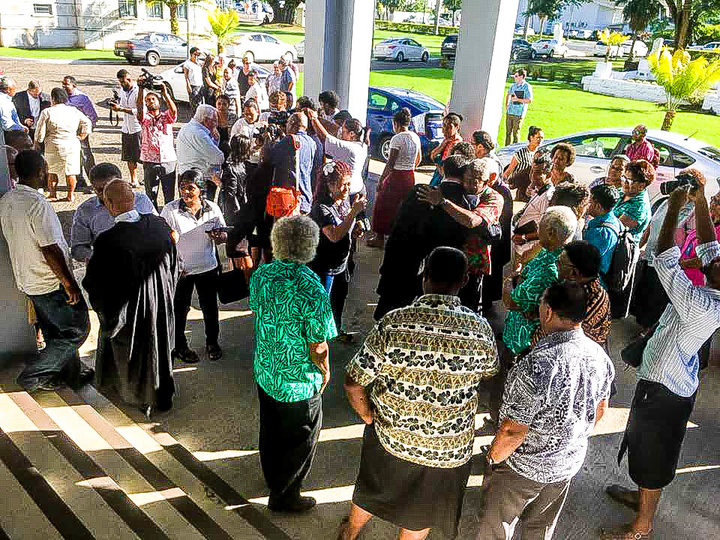 Fiji's public prosecutor will appeal against a High Court decision that found the Fiji Times, its publisher, two editors and a letter writer not guilty of sedition.

The group, known as the Fiji Times four, were cleared on Tuesday in a decision hailed by media rights groups around the region.

The four were brought to trial over a letter about the country's Muslim community that was published in the Times's i-Taukei supplement, Nai Lalakai, in 2016.

The prosecution argued that the letter could incite ill-will and hostility in a country where historical ethnic tensions run deep. But on Tuesday the judge disagreed.

In an announcement this afternoon, the director of public prosecutions, Christopher Pryde, said following a review of the judgement, he has decided to file to the Court of Appeal.

"In our view the court has made a number of fundamental errors in its interpretation of the law and we now have conflicting High Court decisions in Fiji which require clarification," said Mr Pryde in a statement, referring to previous sedition verdicts in the country.

He said the court had agreed that there was a case to answer, "but in our view the court failed to give adequate weight to the constitutional limitations as they relate to what is commonly referred to as 'hate speech'," said Mr Pryde.

He said freedom of expression should never be used to protect advocacy for hate speech, and said it was important that the courts establish a correct balance.