Multi-national mining giant Rio Tinto says it plans to sell its interest in the lucrative Grasberg mine in Indonesia's Papua province for $US3.5 billion.

The Grasberg mine, which is the world's largest gold and second-largest copper mine, is majority owned by United States-based miner Freeport-McMoRan. 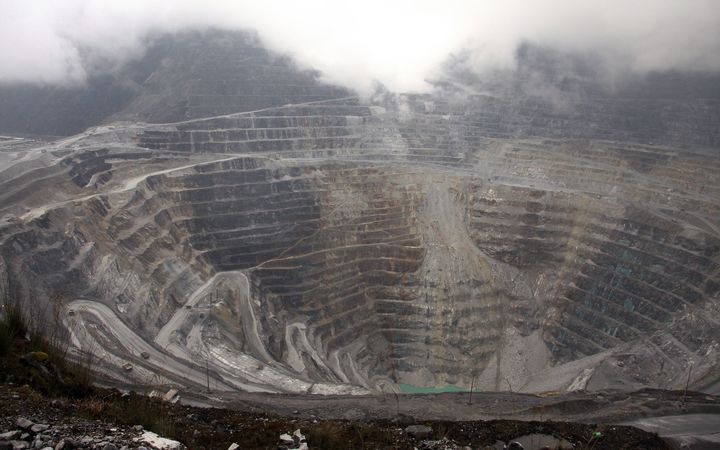 This photograph taken on August 16, 2013 shows a general view of the Freeport McMoRan's Grasberg mining complex, one of the world's biggest gold and copper mines in Indonesia's remote eastern Papua province. High in the snow-capped mountains, the sight of tribesmen roaming in loincloths contrasts sharply with that of miners using hi-tech machinery to extract gold and copper ore at a huge US-owned facility in remote Indonesia Photo: AFP/Olivia Rondonuwu

In a statement published on its website, London-based Rio Tinto said it was discussing the sale with Freeport and the Indonesian state-owned mining holding company PT Indonesia Asahan Aluminium.

The government has appointed the holding company to buy shares in Freeport, in line with a law requiring foreign mining companies to divest 51 percent of their shares to Indonesian entities.

Negotiations over this process have been taking place since early 2017.

The government extended the divestment deadline for Freeport until 2019.

Rio Tinto says a final decision has not been made on the sale.

According to the Jakarta Post, Freeport-McMoRan and Rio Tinto established an unincorporated joint venture in 1995, which gave the latter control of 40 percent interest up to 2022 in certain assets and future production above specific levels in one of the blocks at Grasberg.