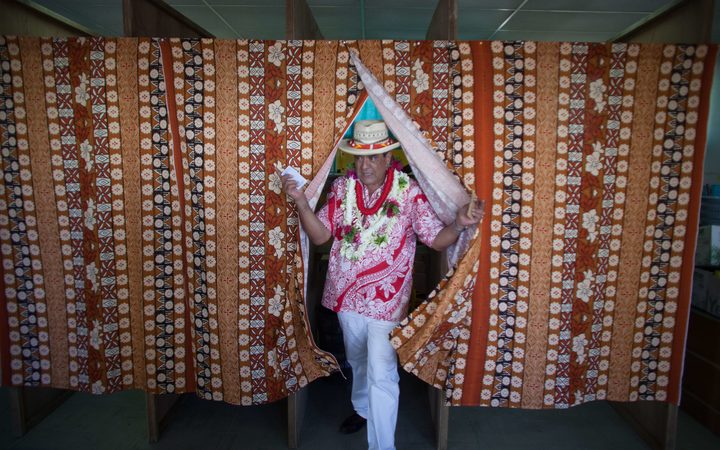 Edouard Fritch has been re-elected as French Polynesia's president for a five-year term.

In the territorial assembly, Mr Fritch of the Tapura Huiraatira received the backing of 39 of the 57 members.

He defeated the challenges of Geffry Salmon of the Tahoeraa Huiraatira Party and of the five-time president Oscar Temaru of the pro-independence Tavini Huiraatira Party.

In a surprise development, an as yet unidentified Tahoeraa member also voted for Mr Fritch.

Mr Salmon received ten votes although his party has 11 members while Mr Temaru got eight votes.

In the policy speeches preceding the assembly vote, Mr Temaru sharply attacked Mr Fritch and outlined his campaign for sovereignty.

Marking five years since the UN reinscribed French Polynesia on its decolonisation list, Mr Temaru placed a UN flag on the podium.

In his speech, Mr Fritch denounced the UN for failing to send aid after last year's floods in Tahiti.

Mr Fritch first became president in 2014 when the Tahoeraa leader Gaston Flosse was forced to resign because of a corruption conviction which carried with it ineligibility to hold office.

In the past term, Mr Fritch was convicted for corruption twice and ordered to repay more than $US80,000 but has been allowed to stay in office.

Both he and Gaston Flosse are still due to stand trial for alleged abuse of public funds over making a local council provide water to Flosse's residence for free.

Yesterday, the assembly elected Gaston Tong Sang as assembly president for five years, just two months after he was given a one-year suspended jail sentence and a fine of $US20,000 for abusing public funds.