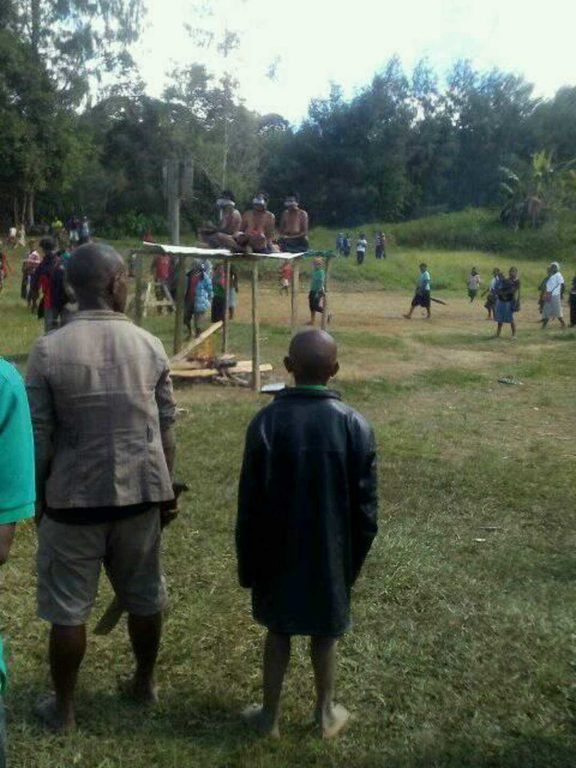 Three women were tortured in the Kewabi area of Southern Highlands province on 11 May, 2018, after angry villagers accused them of practising sorcery to kill a person in the village. Photo: Wes Ruri

One woman is dead another two are in a critical condition in Papua New Guinea after being tortured last Friday over sorcery allegations.

The women were tortured in the Kewabi area of Southern Highlands province after angry villagers accused them of using sorcery to kill a man in the village.

The three woman, aged between 30 and 40, were tied-up and placed on top of a heated aluminium sheet.

An eye witness said they were repeatedly tortured while being interrogated about the role they were accused of playing in the man's death.

He said police were unable to intervene at the time.

The three women were later taken to hospital in the provincial capital Mendi.