New Zealand's kiwifruit grower's body will be asking the government to increase the cap on Pacific workers as part of the Recognised Seasonal Employer (RSE) scheme for the 2019 season. 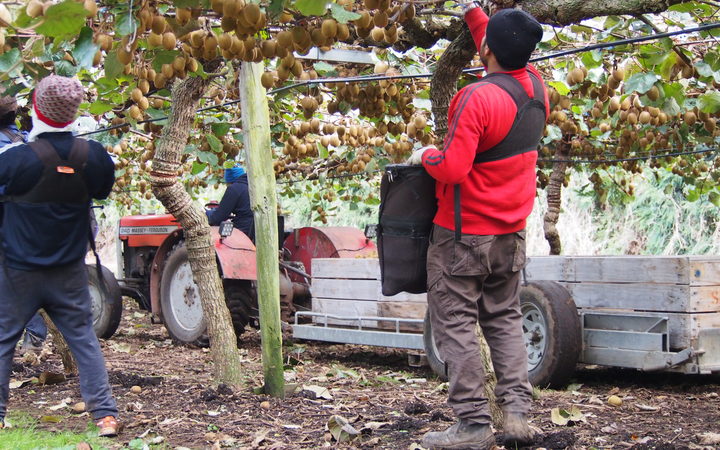 The body's chief executive, Nikki Johnson, said this reflected the current labour shortage facing the industry in the Bay of Plenty region.

The cap was increased from 10,500 to 11,100 for this year's season and around 2000 RSE workers would operate in the Bay of Plenty at some point, Ms Johnson said.

An extra 1200 workers were needed over the next month, however, to pick and pack the kiwifruit crop, she said.

The Ministry of Social Development has declared a seasonal labour shortage in the area, meaning holders of overseas visitors permits will be able to work in kiwifruit jobs over the next four weeks.

With the harvest up 20 percent on last year and a similar increase expected in 2019, Ms Johnson said the horticulture industry would forecast an increase in its labour needs for next year.

"We need to have an ongoing increase in the number of RSE workers available to us but that requires the government to increase the cap.

"So we're currently working to provide the government with the kind of information that it needs to support such an increase."