Papua New Guinea police have charged a Chinese national for attempting to bribe a police detective involved in an ongoing investigation into human trafficking.

Police said Zhiyuan Cui of China's Shandon Province was arrested last week in Port Moresby and had also been charged with falsifying documents among other "transnational" crimes. 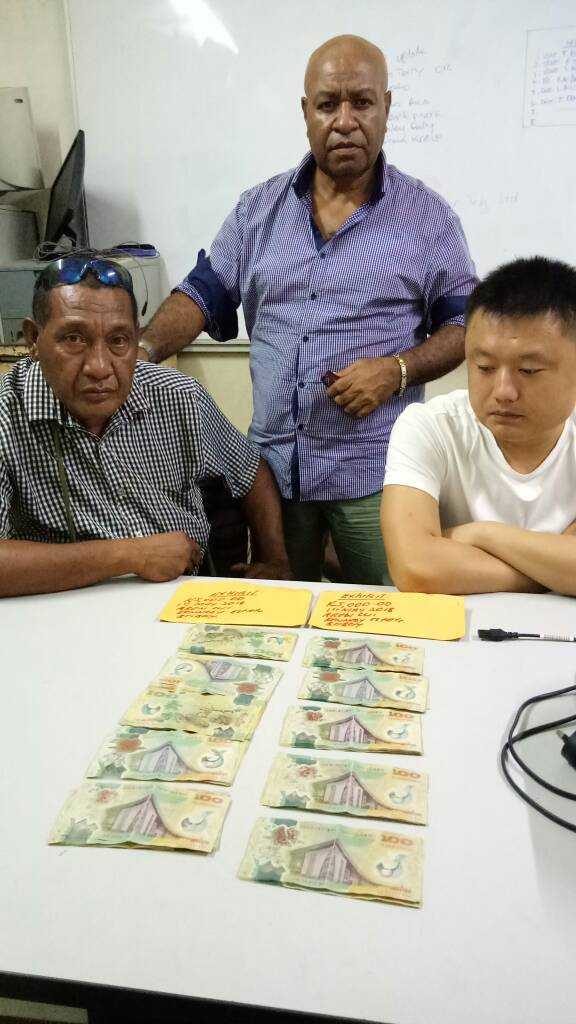 Mr Cui is the managing director of A & D Consultancy Limited which is alleged to have brought foreign workers to PNG under various companies' names without knowledge or consent of these companies.

He allegedly offered $US3000 cash to senior sergeant Apollos Terry as an inducement for police to stop the investigation and release confiscated items.

Earlier, a police raid on the Boroko premises of A & D Consultancy resulted in confiscation of a cache of Chinese passports, work permits and electronic devices.

Mr Terry said police would seek confirmation from these companies whether they had given their common seals to A & D Consultancy Limited to use.

He said that during the ongoing investigation his team was also subjected to "unnecessary and undue pressure" from a member of the police force, and that this policeman would be required to explain his actions.

"We will not be intimidated nor bribed. We have been given an important task to do and will do so without fear or favour," Mr Terry said.

The Police Commission indicated it was concerned that dozens of foreign workers appeared to have entered PNG without any arrival stamp or even that of the outward port of origin.

Problems around illegal foreign workers in PNG were highlighted last month with the deportation of 23 Bangladeshis who had mainly been employed in the retail sector in Port Moresby.

Immigration and Border Security among other agencies flagged a crackdown on businesses involved in recruiting the foreigners who breached their visas in PNG.