The Force ran in four tries to two in front of a sellout crowd of 19,466, in a match that was played under new innovative and experimental rules.

Three of those tries were scored in the first half as the homeside raced to a 19-0 lead. 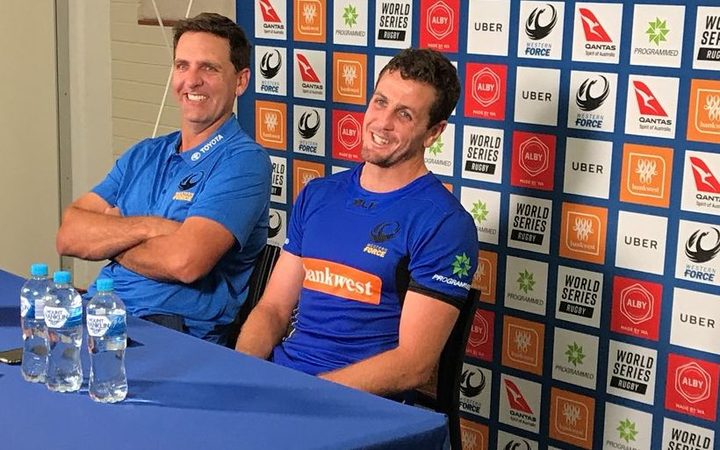 The only sour note for the Force in the first half was a serious concussion to former Springbok Peter Grant.

Grant's head crashed into the ground as he was tackled near the tryline, and he was attended to on the field for more than five minutes before being stretchered off.

The Fiji Warriors had their own injury troubles, Tevita Ratuva leaving the field with a suspected broken ankle midway through the second half.

The visitors were also not helped by a first half yellow card to Serupepeli Vularika.

Force centre Marcel Brache scored the first ever try in World Series Rugby, while No.8 Brynard Stander, lock Johan Bardoul, and reserve hooker Alfeleti Kaitu'u also got on the scoresheet for the former Super Rugby franchise.

Fiji scored two tries in the second half, one to Vularika and the other to Peni Raidre, to give themselves a sniff, but left their run too late.

Seven-point 'power tries' were on offer for any team who could launch an attack from inside their defensive 22m and score without turning it over.

Neither team was able to pull it off, but the concept added a little extra interest to the clash.

The Force were axed from Super Rugby at the end of last season, but billionaire mining magnate Andrew Forrest has poured in millions to revive the franchise.

They are scheduled to play six more invitational sides this season, starting with Tonga on Sunday week.

"Last year was a great injustice, and one that we want to right," Forrest said to the crowd before the match.

Next year, Forrest hopes to launch an eight-team competition taking in teams from the Asia-Pacific region.

Force coach Tim Sampson and captain Ian Prior are confident the fans will keep voting with their feet.

"Over the next six games, I don't think there is going to be any lack of motivation from the fans," Prior said.

"They're going to have plenty of motivation to keep rocking up, and voting with their feet to show Australia and the world that WA means on the rugby front."