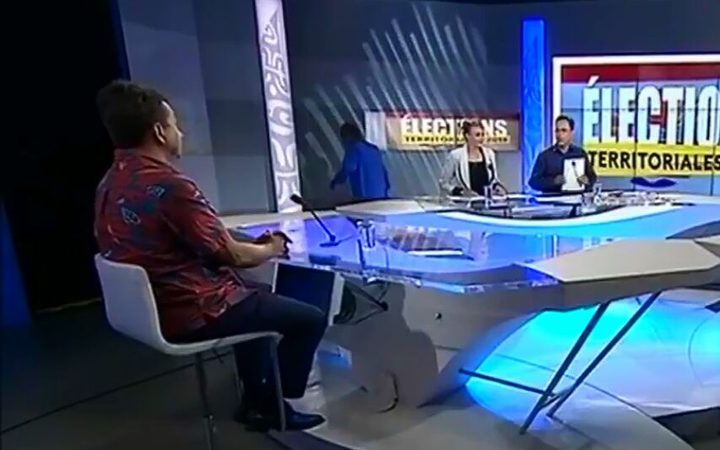 The leader of French Polynesia's pro-independence Tavini Huiraatira party Oscar Temaru has walked out of the last televised pre-election debate.

The territory's run-off election is on Sunday.

He said it was a masquerade and not the right balance between what he called the colonialist parties and his sovereignty party.

Mr Temaru said a people who elected candidates who were convicted, corrupt and thieves were not a victim but an accomplice.

Before walking out, Mr Temaru implored voters to examine their conscience and asked those who abstained to think of the image of French Polynesia.

The TV station accorded speaking times in accordance with the results of the first round of voting.

The ruling Tapura Huiraatira, which won 43 percent of the vote, is standing nine candidates with corruption convictions, including the president Edouard Fritch.

In the past term he was sentenced twice and ordered to repay more than $US80,000 to the public purse.

The Tahoeraa Party, which won 20 percent, is led by Gaston Flosse, who is barred from public office until next year because of two corruption convictions in the past term.

In the run-off, the party coming first will automatically get an absolute majority thanks to provisions of the electoral system aimed at increasing political stability.