It is a long way from the Micronesian island of Kosrae to Afghanistan, but that is the journey many make when they enlist in the US military. 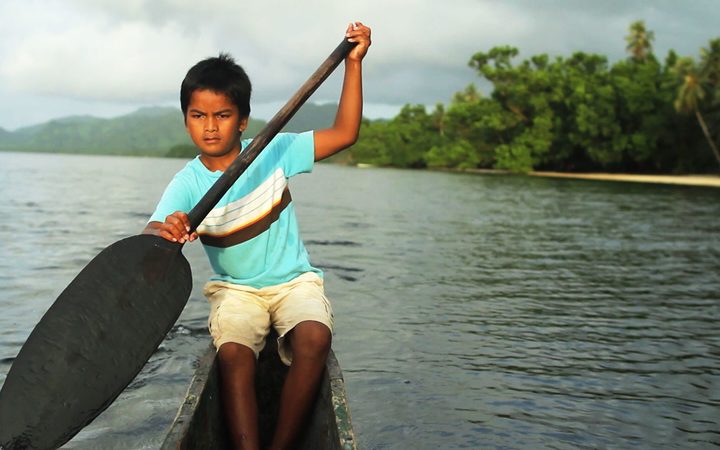 The Micronesian soldiers' story, including their sometimes traumatic return home, has been told in Nathan Fitch's documentary Island Soldier, which was shown for the first time in the Federated States of Micronesia (FSM) this month.

Mr Fitch made the film over six years after spending two years as a Peace Corps volunteer on Kosrae and seeing the challenges soldiers faced when they returned home.

Under the Compact of Free Association, people in the FSM can serve in the United States forces and, on a per capita basis, more people from the island grouping choose to enlist than do in the US. 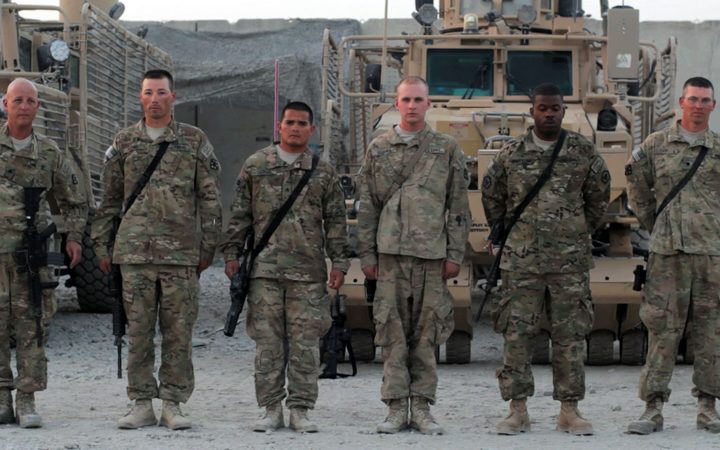 American flags and veteran bumper stickers are ubiquitous there, according to Mr Fitch, and almost every extended family has a member in the US military.

"In Micronesia you can see the symbols of military service everywhere."

Micronesians' desire to serve in the forces was complex and, after World War 2 atrocities, partly historical, he said.

"When the island was liberated by the Americans there was this tremendous sense of gratitude and I think there's this sense that the US is this benevolent, powerful country that's sort of looking over Micronesia and has its best interests at heart.

"That also goes to the culture in the way people perceive power and the way the Americans kind of arrived in the islands, kind of set them up to be the new protectors, in a way, as they came with all this weaponry and food."

But Mr Fitch said the economics of it were undeniable for those who lived in the island group, a former United Nations Trust Territory under US administration, which gained independence in 1986.

Enlisted infantrymen or women in the US Army were able to make as much as senior officials in the FSM, he said.

"On the island of Kosrae which I filmed on, at 18 with a high school diploma, you can automatically be vaulted into that kind of pay grade in a society where anyone who's making a salary is also supporting probably a large extended family."

Mr Fitch said he found it hard enough himself to adjust to life back in New York after his time volunteering but for military vets with little or no support it was a different story.

"Some of the people I talked to spent more than 20 years in the US military so I think there's that automatic adjustment period but on top of that some of the people I've interviewed have deployed five or six times to active warzones and come back with physical or invisible but clear trauma that they've accumulated from that process of fighting."

Home loans and caregiver entitlements for veterans were lacking in the FSM, let alone on-island help for post traumatic stress and physical injuries after time in conflict, he said.

"When the islanders get back to try to navigate the VA system like one of the characters in my film, the mother, her son was killed in Afghanistan and she's been trying for years to get the social security benefits that she should be entitled to," Mr Fitch said.

"It's hard for grieving families and soldiers who come back with trauma. There's just not a lot of information about how to help them in the islands because this is all very new and they don't have a lot of experience with therapy or with anything that could help them." 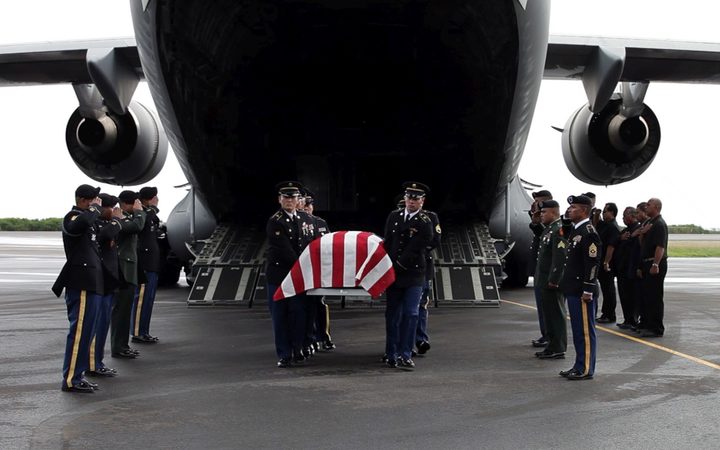 The body of SGT Sapuro B. Nena is returned to his home island of Kosrae, Federated States of Micronesia. Photo: Supplied/Nathan Fitch 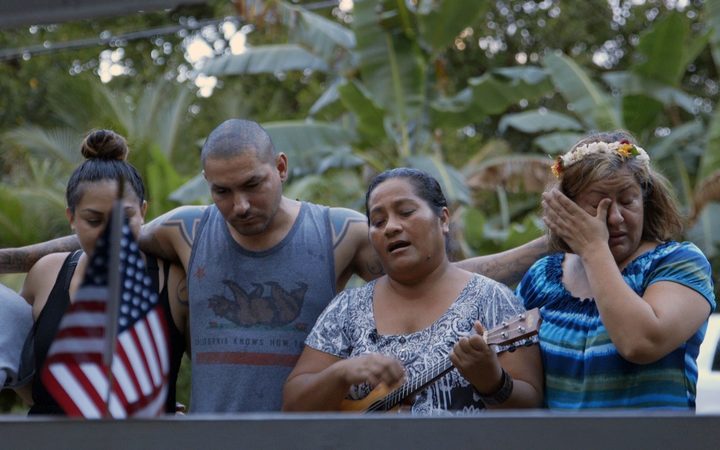 Maryann Nena sings by the grave of her son, SGT Sapuro B. Nena, who was killed in action in Afghanistan in 2012. Mario Robles, to her left, was Sapuro's best friend in the US Army, and he and his family flew to the FSM in 2015 to pay their last respects. Photo: Supplied/Nathan Fitch

There had been a lot of excitement in the FSM around his film when it was shown there this month, with veterans now talking about how to push their case in the United States, Mr Fitch said.

They had also contributed to crowdfunding for the film, which has been on the documentary festival circuit over the past year.

"The US ambassador was at the screening (in the FSM) and when the question of benefits came up, the answer was that it was an oversight, not a deliberate decision, which I can't say anything about.

"I have no idea how it happened, but that this film could potentially change that and get the US to provide more benefits to veterans in Micronesia, that's heartening that maybe the project can help."