The Blue Charter on Ocean Governance has been adopted by the Commonwealth Heads of Government as they wrapped up their summit today.

The Blue Charter maps out efforts to protect oceans and marine environments throughout the Commonwealth, from threats such as climate change, pollution and over fishing. 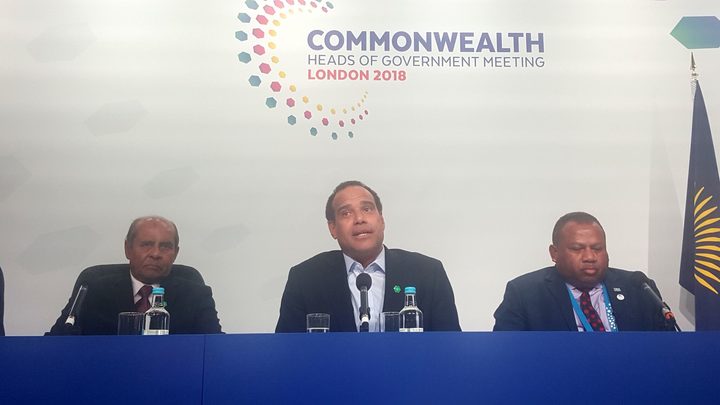 Vanuatu and Fiji have put themselves forward as countries to champion the Blue Charter's cause in their region.

Representatives of the two Pacific countries spoke about the Charter at a press conference on the sidelines of this week's Commonwealth summit in London.

Fiji's Minister of Agriculture, Rural & Maritime Development and National Disaster Management, Inia Seruiratu, said protecting the oceans was in the interest of all countries.

He said ocean issues could not be dealt with in isolation because they are interrelated with climate change.

"As an island state from the Pacific we know how vulnerable we are and how much climate change has affected us, particularly in what we call climate-induced disasters," he said, noting recent devastating cyclones in Fiji.

"This is the linkage between the warming of the oceans, level of acidification and rising sea levels."

Inia Seruiratu said the Blue Charter will bring a focus on so-called "blue carbon" initiatives to finance the protection and sustainable use of coastal habitats and ecosystems.