Fiji are one win away from a place at the Netball World Cup after outclassing the Cook Islands 55-38 in Auckland last night.

The Pearls made it two wins from two at the Oceania qualifiers, joining Samoa atop the competition standings.

Prior to this week Fiji had not won a match at international level since 2015 and coach Vicki Wilson said the confidence a win brings to a team is amazing.

"I'm up here on the 11th floor as we do this interview and the girls are down on the second floor and I can hear them screaming and yelling," she said.

"They're very thrilled with the way they played and so they should be - it's been a tough road.

"We've played a lot of test matches against teams ranked higher than us and it was tough going but they stuck to their guns, they worked extremely hard and they came into this series match-fit and with a great improvement in their skills." 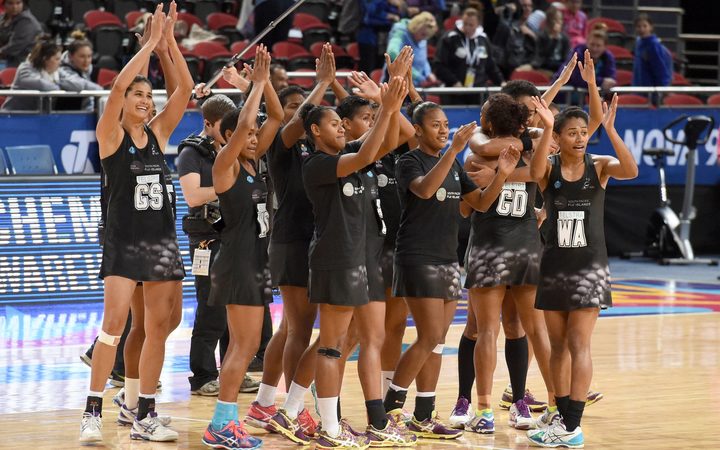 The Fijian team arrived in Auckland fresh from a winless campaign at the Commonwealth Games.

Vicki Wilson said every time they played on the Gold Coast they were under immense pressure so her young side, which includes eight players under the age of 21, is relishing the chance to compete against their Pacific neighbours.

"Against higher-ranked teams they just suffocate you (but) playing in this tournament the girls can just unleash the beast or take off the shackles and there's no one stopping you from trying all those different things that you've learnt," she said.

"They're better matches physically against some of the teams so that's where it's been good for them to be able to find their rhythm, their own niche out on court."

In the earlier game on Thursday Papua New Guinea secured their first victory, holding off a spirited Tongan side 64-56.

With the top two teams advancing to next year's World Cup, Fiji and Samoa can secure their tickets to Liverpool with victories against PNG and the Cook Islands tonight.