Fiji's Kadavu has suffered a direct hit from Cyclone Keni with its highly destructive winds wiping out homes, uprooting trees and capsizing boats on the south side of the island. 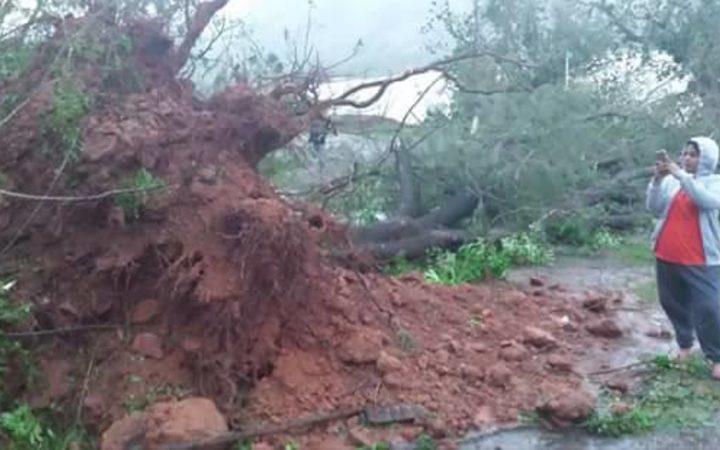 One of the owners of the Matava Resort on Kadavu Luke Kerchevale says the storm seemed to come out of nowhere.

"Quite a large boat is capsized because we couldn't get it to shelter soon enough. We've had a number of huge mango trees come down on a lot of our buildings," said Luke Kerchevale

The Australian who along with co-owner Mark hails from Canberra and Sydney said thankfully all of their staff and guests were safe but he said they were really worried for people in the nearby villages.

"They are really struggling. A lot of the villages have lost their houses completely. We have got a small village next to us who have had to do a walk around the mountain to get to us for shelter because they have lost everything where they are...it was pretty full on," Mr Kerchevale said. 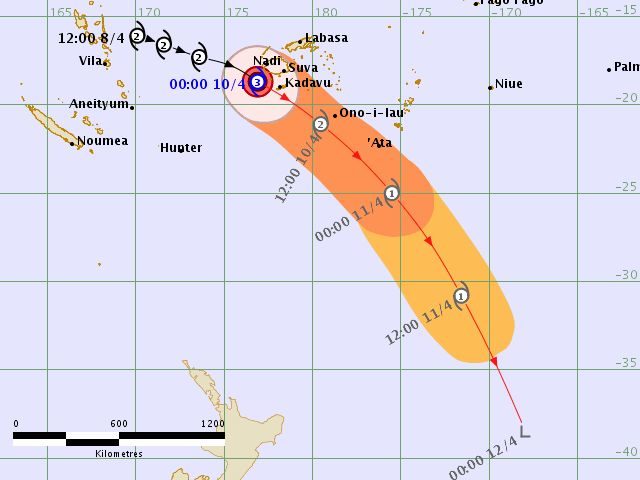 Luke Kerchevale said they would head out to check on people in the villages once they were sure the cyclone had passed and they were able to clear debris from around the resort.

On the nearby island of Ono-Kadavu local Paul Ragede says super strong winds from the cyclone raged for over two hours.

Mr Ragede said his village was fortunate that a lot of their buildings were strong structures but people he has contacted at Vunisea the main township on Kadavu says there has been alot of destruction.

"It is really bad the school library, secondary school library there at Vunisea has gone down, the post master's office, root crops and all the big big trees have been like folded as if they were pieces of paper," Paul Ragede said. 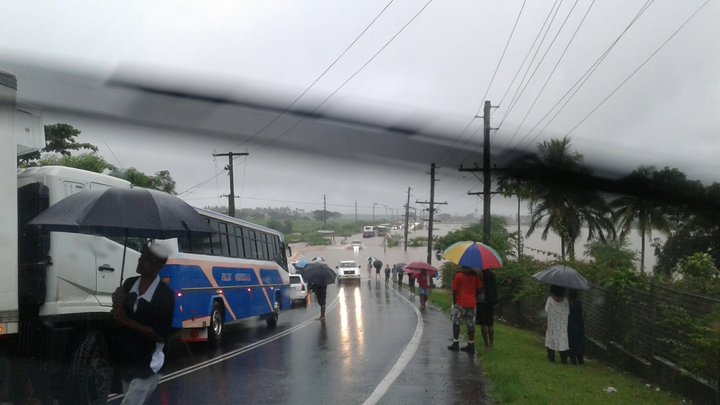 Earlier, Fiji's disaster management authorities had been warning people in flood prone areas to move to evacuation centres ahead of Cyclone Keni.

A spokesperson for the National Disaster Management Office Penioni Kuinikoro said parts of Fiji were already water-logged due to last weekend's flooding after Cyclone Joise and further heavy rainfall had the potential to be catastrophic.

"People are taking the initiative to evacuate but we've got the manpower on the ground. Our military, our police, our fire-fighters, our corrections services - both uniformed and non-uniformed personnel - are on the ground throughout the country evacuating people from flood stricken areas," Penioni Kuinikoro said.

Mainland escapes the worst of Keni

Fiji's meteorological service says Nadi and the south-west of Viti Levu have escaped the worst effects of the Tropical Cyclone.

The service's director Ravindra Kumar said the category three system changed direction late on Tuesday afternoon and sped up towards the south-east.

According to him, this meant the strongest hurricane force winds were over water and didn't make land-fall on Viti Levu.

As of 8:19pm pm on Tuesday tropical Cyclone Keni was still a category three system packing winds of up to 170km/hr.

A cyclone warning was still in place for Southern Viti-Levu, Vatulele, Beqa, Kadavu and the nearby island groups of Moala and Southern Lau.

The latest updates on Cyclone Keni issued by the Nadi Meteorological Office can be found here.