A West Papuan group says it wants the money it collected for a public donation to Papua New Guinea earthquake victims returned by Indonesian police. 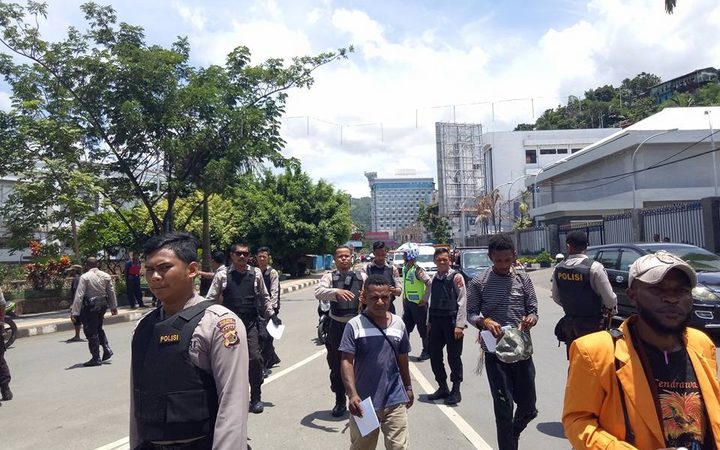 West Papua Solidarity for Earthquake Disaster in Papua New Guinea said 16 of its group were arrested over two days last week in Jayapura.

Jayapura's municipal police chief Gustav Robby Urbinas said a group of Papuans were detained after being found to have not gained a permit for their public collection.

But the head of the Solidarity group, Kris Dogopia, said they had already submitted to police written notification they would be collecting in March and April.

According to him, some of the group's cash collection had been confiscated and not returned.

"They take our money. Mainly for Solidarity, we call it, for PNG. But the policemen take it. Today I and my friend, we will go to the policemen's office to ask them our money, where they take it."

Kris Dogopia said the amount of collection money which was confiscated was small.

He explained that the collection actions were aimed at assisting quake victims, and had no link with politics.