A ground breaking ceremony was held yesterday for the new bridge over the Vaisigano River in Apia in Samoa. 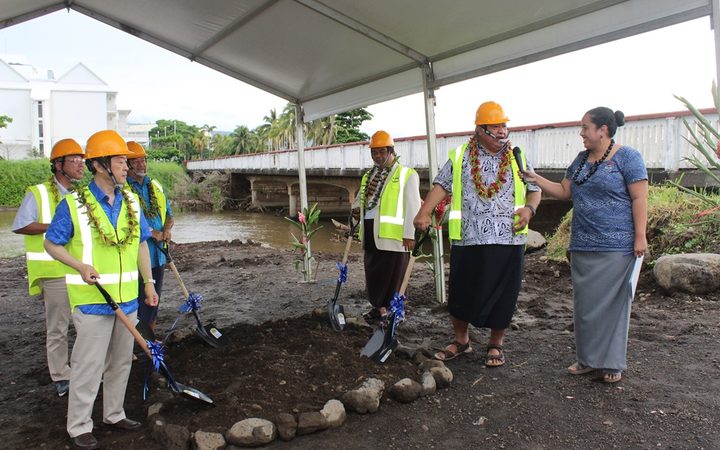 The Prime Minister, Tuila'epa Sa'ilele Malielegaoi, said the bridge had long been a vital part of the road network on Upolu connecting Apia and the industrial area to the west to Samoa's only commercial port - the Matautu wharf.

He said it was was first constructed as a seven-span, steel bridge and was later replaced in 1953 with a concrete bridge, which is starting to deteriorate while natural disasters had weakened it.

A technical assessment after Cyclone Evan recommended the Vaisigano bridge had to be replaced.

Construction of the new bridge is due to start next month, with $US17 million provided by the Japanese Government.