Members of the International Maritime Organisation are divided on proposed targets to cut the sector's greenhouse gas emissions. 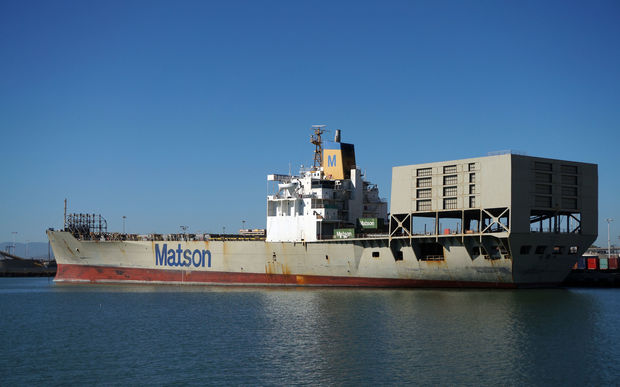 The IMO will meet later this week in London where Pacific and European countries are seeking commitment to cut the sector's greenhouse gas emissions 70-100 percent from 2008 levels by 2050.

However a draft text circulating ahead of the meeting proposes only to half the industry's carbon footprint by 2050.

According to Climate Change News, countries such as Brazil, India and Saudi Arabia, are concerned about the impact of an absolute target on trade.

With this week's emissions target deadline looming, the Marshalls' environment minister David Paul said the IMO was at a crossroads.

According to him, whatever decision is reached at the IMO is going to be crucial for survival of small island states who are vulnerable to sea level rise.

Marshall Islands has some leverage at the IMO because it is responsible for the worlds second largest shipping registry.

"Marshall Islands will never accept any deal that will undermine our commitment to the Paris Agreement, which is the 1.5C target, Mr Paul explained.

A former UN climate chief and architect of the Paris Agreement, Christiana Figueres, told media in the run-up to the IMO meeting that some governments may be wary of committing to targets before they could see the technology pathway to get there.

But she said there was a growing understanding among all governments with interests in shipping that moving away from carbon emissions was an opportunity.

According to the New York Times, international shipping is the last big sector regulated by the United Nations to act on the goals of the Paris Agreement but has so far displayed 'agonizingly slow' progress.

Yet, David Paul remained hopeful, saying that the IMO had already come a long way in coming to terms with climate change.

Two years ago, decarbonisation was a foreign concept at the IMO. Today they are talking about it. We can never lose hope.

New Zealand has urged IMO members to work towards a meaningful and effective outcome in line with the Paris Agreement.

"With the end of the negotiations imminent, New Zealand urges the IMO not to miss this opportunity to adopt a workable and effective strategy to bring rising greenhouse gas emissions from shipping under control," said Associate Minister of Transport Julie Anne Genter.

"The IMO strategy needs to be ambitious with appropriate measures implemented as soon as possible and it needs to apply to all IMO member states and all ships equally, regardless of which state a ship is registered in.

"Halting climate change and achieving the goals of the Paris Agreement requires countries to work together for fair and ambitious outcomes.

"New Zealand was proud to sign the Tony de Brum declaration at the One Planet Summit held in Paris last December, confirming that international shipping must play a part in global climate action.

"Shipping is vital for Pacific countries, including New Zealand, and we all have a part to play ensuring that maritime trade happens in an environmentally friendly way," said Ms Genter.

"In particular, this means helping to hold the increase in global average temperature to well below 2 degrees Celsius above preindustrial levels and pursuing efforts to limit the temperature increase to 1.5 degrees.

"A recent report by the OECD's International Transport Forum shows that there are practical steps that can be taken now to reduce shipping emissions and shipping could be almost carbon free by 2035.

"We commend the leadership of Pacific Island states in encouraging ambitious outcomes from the IMO negotiations."