A group of customary landowners in Papua New Guinea has regained access to their land after a legal fight against supporters of a logging company.

Seven people from East New Britain's Pomio district were restricted from entering their land since a restraining order was issued against them in 2012. 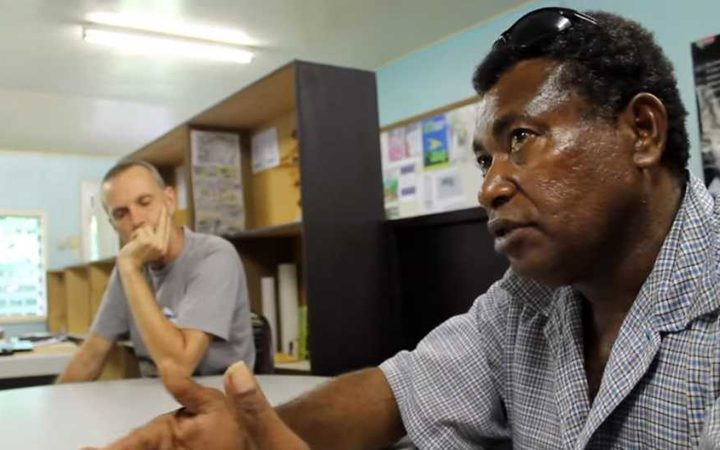 Pomio landowner Nobert Pames (right) has campaigned for years to regain access for his community to its own land n the face of logging development. Photo: RNZ / Johnny Blades

The land in question is the site of a controversial Special Agriculture Business Lease where large tracts of rainforest have been logged by a Malaysian company and replaced by oil palm plantations.

Since being barred from their land, the landowners, including Paul Pavol Palusualrea and Nobert Pames, had been vocal against land grabbing and widespread deforestation in the remote district.

Mr Pames spoke to RNZ Pacific in 2014 about his community's struggle to have their rights to access their own land recognised by local authorities.

PNG journalist Scott Waide reported on his blog that the National Court in Kokopo had now set aside the restraining orders after finding that there was a lack of evidence.

The landowners were represented by lawyers from the Center for Environmental Law and Community Rights.

"We are happy to have won the case for our clients who are from the forested communities of West Pomio, whose resources have been exploited through SABL," said lawyer Everlyn Wohuinangu.

"They are now able to move freely on the land that is rightly theirs and continue the SABL campaigns of ridding the logging giants."

Although the landowners have won this particular legal fight, the ongoing presence in Pomio of loggers who operate without landowner consent remains a bigger, longer battle.