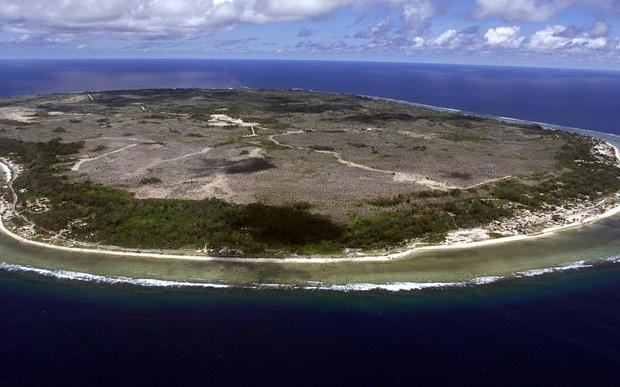 An Australian federal court has ordered a mentally unwell 10-year-old refugee boy on Nauru be taken to Australia for acute psychological treatment.

The Guardian reports a judge said the boy would be at imminent risk of dying if left in the regional processing centre on Nauru.

It reports that the Department of Home Affairs, which controls Australia's offshore detention centres, fought the injunction, arguing that the island could provide sufficient care for the boy.

But Justice Nye Perram ordered that the boy be immediately taken to Australia, saying there was significant risk the boy would not be alive if the hearing was delayed as the Department had sought.

The Guardian said the boy and his mother are now both in Australia.

The 10-year-old also has a long-running physical health issue that requires surgery.

The court heard from the government's own health contractor, International Health and Medical Services, that the Nauru hospital was unsafe for surgery and that patients had died during routine operations.

The Guardian reports that the boy, his mother and father, fled Iran in 2013 and arrived in Australia by boat on 23 July that year, just four days after the then prime minister, Kevin Rudd, decreed that no asylum seekers arriving by boat would ever be settled in Australia.

The family were recognised as refugees in 2014.

On Nauru the boy's father had a bicycle accident which resulted in a serious brain injury, resulting in him being moved to Australia for medical treatment and since then he has remained in an immigration detention centre in Brisbane.

The boy's mental health has been of concern to his family since late 2013, when he was just six years old.

A recommendation for transfer to Australia in July 2017 was rejected last December.

In January this year he attempted suicide on three occasions.