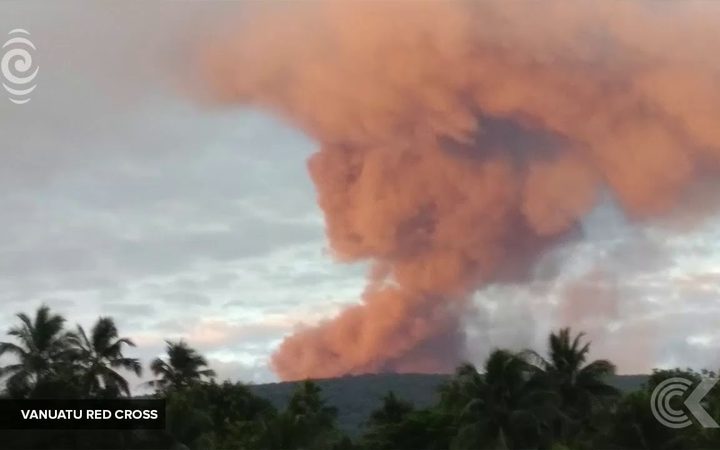 The entire island was evacuated late last year when the volcano at the island's centre erupted, blanketing the island in ash, suffocating crops and contaminating water.

The population returned when the eruption settled down after a month, but on Sunday night, the volcano's alert level was raised from level 2 to 3 -- what's called a "state of minor eruption." 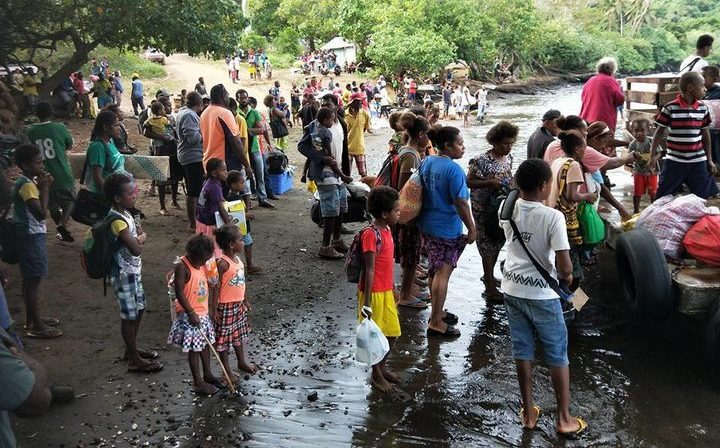 People being evacuted from Ambae during the eruption event in 2017. Photo: YumiToktok

An officer for the National Disaster Management Office on Ambae, Manson Taridenga, said so far three communities have been relocated and help is being sought from the government.

"Ash fall is heavy. From here to last year, 2017, I think this one is much heavier, much bigger than the one from last year. So all the crops are dying except we think that water taro is much strong but it seems now it is also withering." said Manson Taridenga.