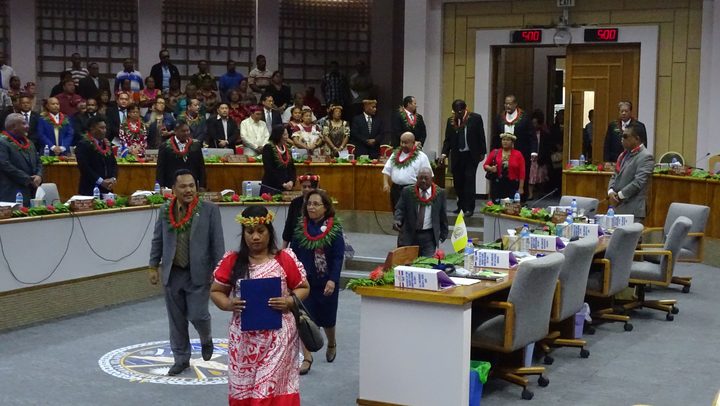 Caption: The Marshall Islands Auditor General's latest report to Nitijela (parliament, pictured) says government workers who violate financial rules and regulations are not being held to account for their actions. Photo: Hilary Hosia.

The Marshall Islands Auditor General has raised concerns in parliament about government workers violating the law.

Junior Patrick produced a report to parliament documenting ongoing violations of law every year that are ignored.

It showed that very few criminal charges get filed in court for procurement and other financial accountability violations.

Although administrative penalties could apply to enforce against improper financial activities, those are rarely implemented.

Mr Patrick said despite ongoing calls to act, nothing was being done about it.