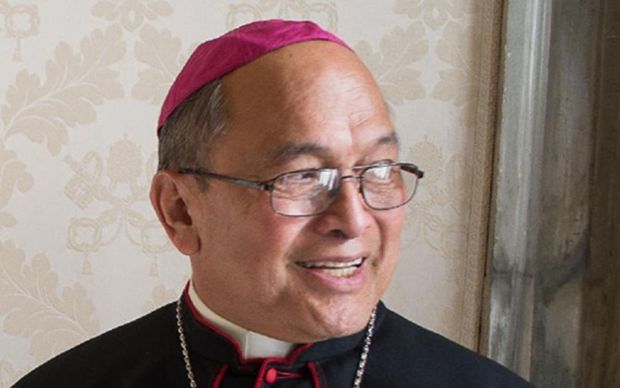 A Vatican tribunal has found the archbishop of Guam, Anthony Apuron, guilty of "certain accusations" related to the sexual abuse of minors.

The Catholic Church on the island has been consumed by a child sex abuse scandal that went right to the top of the church's hierarchy: Archbishop Anthony Apuron.

Apuron was accused of assaulting altar boys when he was a parish priest on Guam in the 1970s.

When the allegations first surfaced in June 2016, Pope Francis suspended Apuron and put his before a secretive Vatican procedure.

In its ruling issued overnight, the Apostolic Tribunal stripped Apuron of office and prohibited him from returning to Guam.

Within hours of the ruling, Apuron, maintaining his innocence, said he plans to appeal against the ruling.

He will keep his office while the appeals process continues.

The church on Guam continues to face a barrage of controversy, with more than 150 lawsuits filed against the church and several other priests for abuses that stretched from the 1940s to the early 1990s.