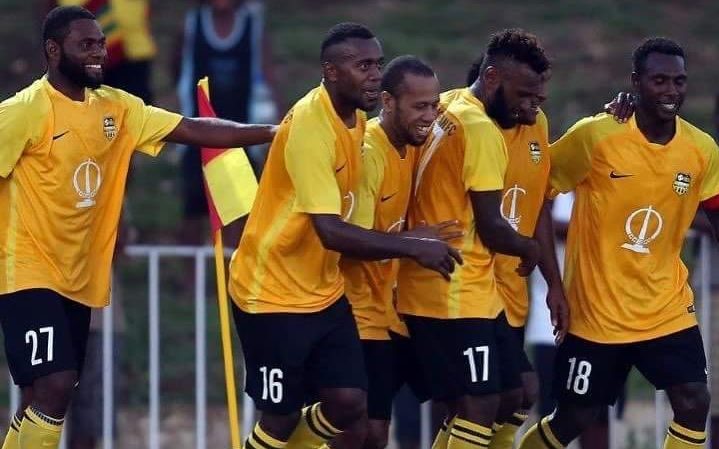 Nalkutan FC has made history by reaching the quarter-finals. Photo: OFC

Nalkutan FC from the Vanuatu Island of Tanna is preparing to host its first ever OFC Champions League football quarter-final.

The quarter-final draw was made at the beginning of this week, pitting Nalkutan against Marist FC from Solomon Islands.

The Vanuatu champions had a dream run through the group stage of the competition, notching up wins over clubs from Fiji, the Cook Islands and Papua New Guinea to top their group.

Silas is also giving credit to football supporters from the Vanuatu Island of Tanna for the team's dream run in its first OFC Champions League appearance.

They willl now host their first quarter final, albeit in Port Vila, on April 7.

Silas said supporters on Tanna are extemely happy with the feats of the team.

"They're excited, they celebrate the whole time. They are looking forward to extend the celebrations to the quarter-finals next month. We have been getting supporters from the island on the ship."

"They travel from the island on the sea transport to Port Vila just to give their support, support their club, and that is the reason why Nalkutan succeed because of the support from the people from the island," he said.