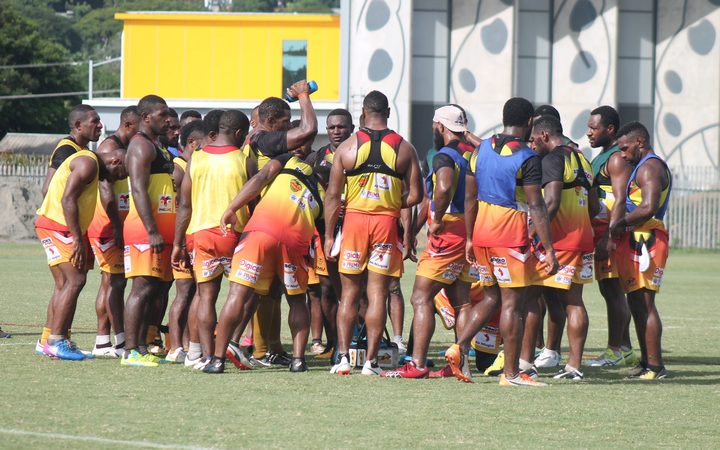 The Hunters are seeking back to back premierships in 2018 Photo: RNZ Pacific / Melvin Levongo

The Papua New Guinea Hunters open their campaign for back to back Intrust Super Cup premierships on Sunday with a game against the Ipswich Jets in Port Moresby.

The team finished preseason preparations with a hard-fought 24-12 loss to the Brisbane Broncos last week.

The Hunters Assistant Coach Nigel Hukula said a team with a good mix of valuable experience and exciting youth had been brought together for the opener.

There are a number of new faces on the bench as well.

He said he wanted Maki to kick on from the good form he showed in 2017.

"Enoch has been around for awhile, he brings that experience. He had a really strong back end of the season after a midseason injury. He worked hard there and earned himself a spot at the world cup, played a test," he said.

"His experience he brings a wealth of that, Digicel Cup close to 50 games now. He has now moved up into the front row starting position so I think he will be good for that. He has been looking very well over the last couple of weeks at training also."

At least one player will make their Papua New Guinea Hunters debut on Sunday.

The Hunters will be looking to repeat their successful season last year where they won their first Queensland Cup premiership.

Hukula said John Andy will make his debut in the back row for the Hunters.

"John's earned his call-up. He's a dynamic player, he brings a lot of aggression," he said.

"He's very dynamic and he can play and is versatile also in playing several different positions but we feel that the backrow is where we can get John to be at his best for us."

Nigel Hukula said a number of new faces could be introduced off the bench as well. 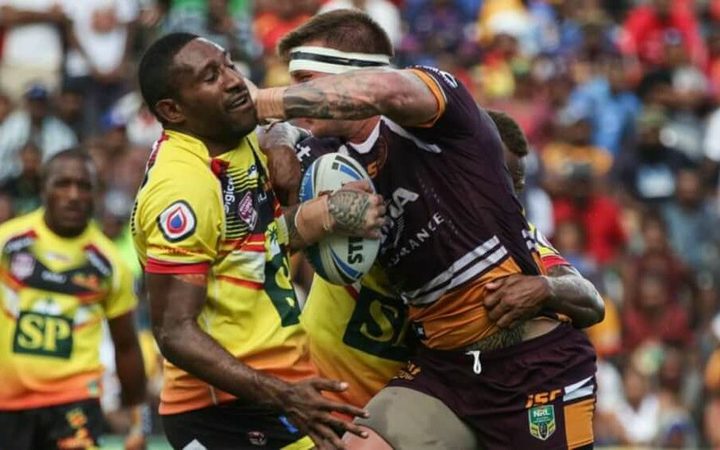