This is the first time the Samoa women have been on the global stage since the 2008 World Cup. 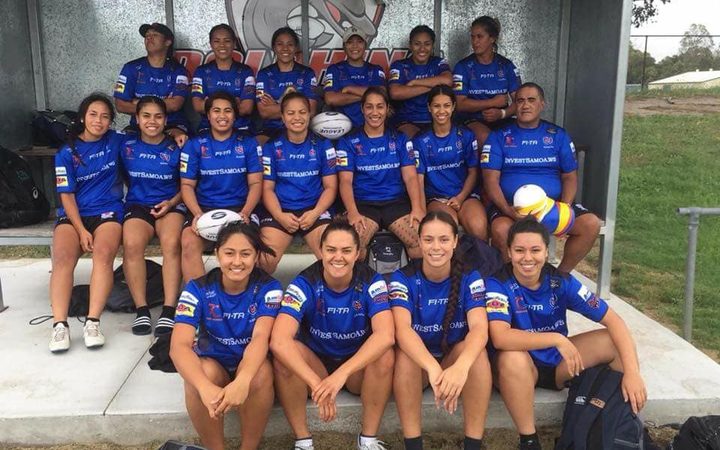 The Fetu Samoa team at training ahead of the Commonwealth Nines Championship. Photo: Facebook / RugbyLeagueSamoa

Coach Frank Fuimaono said she was one of a number of senior players wanting to give back to their Samoan heritage.

"One is awesome: she brings a wealth of experience to our side and especially to our young girls coming through," he said.

"But also for One it's a new chapter in her career and something she's very passionate about and it's rubbing off in all of our girls here, just her passion and love to get Samoa women's back on the world stage.

"What we do here at this Commonwealth Games obviously is going to set the standards for future girls.

"With One and a few senior girls like Shontelle Stowers, you've got Emma-Marie Young- who are either Jilaroos or Wallaroos that have come across - so obviously the Samoan girls in the other nations are having a good look at us." 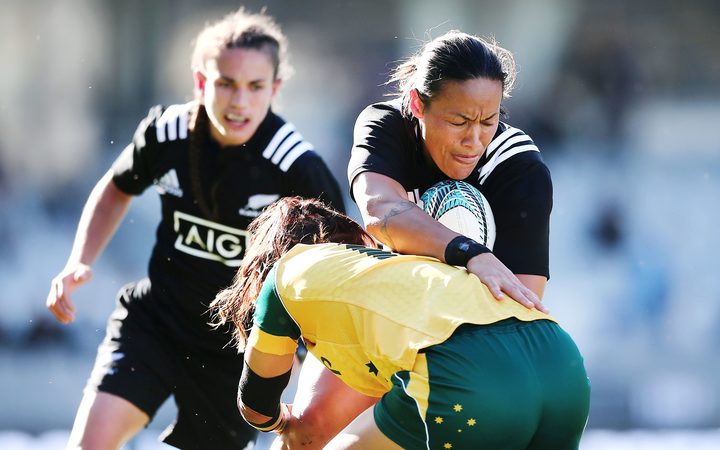 Frank Fuimaono said all but one of the Fetu Samoa squad is based in Australia, with one coming over from New Zealand.

He said women's rugby league was on the rise and the Commonwealth event is another opportunity for Samoa to impress.

"Obviously not everyone can fit into the Australia and New Zealand sides and for us it's just another pathway for our girls to aspire to," he said.

"Being here in Australia the last few days definitely there's a big emphasis on the women's rugby league here and it's great.

"The girls - it's not going to happen straight away - but they're going to get the same opportunity as the men are in NRL and for them it's just exposure to more experienced coaches, a lot more technical stuff as well which is really good for our girls and the rest of the Pacific girls." 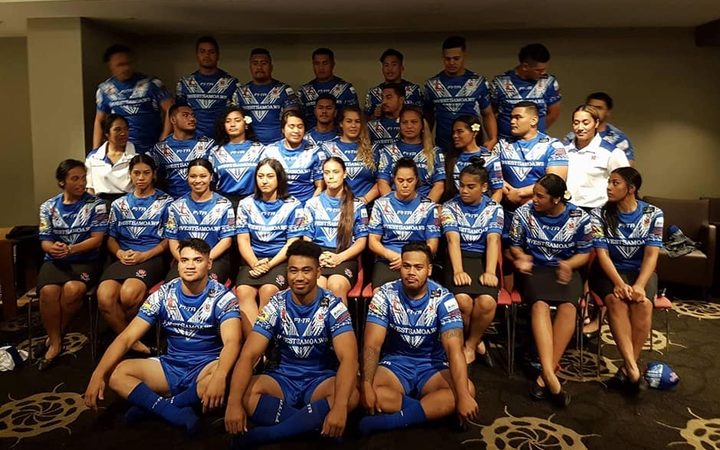 The Samoa men's and women's teams pose ahead of the Commonwealth Championship. Photo: Facebook/RugbyLeagueSamoa

Fetu Samoa are in good form, having won the recent Cabramatta Nines, and Frank Fuimaono said they can't wait to test themselves against Fiji and Australia in pool play on Friday.

"Obviously Australia is the benchmark. For us it's just keeping focused on what we do, looking after ourselves," he said.

"We're not too concerned about what's out there for us, the main thing is that we know our processes and we stick to it.

"Obviously Fiji they're very good at the (rugby) sevens and (rugby league) nines games so we're aware of their strengths - a lot of our girls know the girls in other teams.

"So girls will be talking amongst themselves and giving feedback to one another but our main concern is just keeping focused with what we do."

The Cook Islands and Tonga also feature in the women's competition, while Fiji, Samoa and Tonga debut in the men's event, where Papua New Guinea are the defending champions.