A small town in the north of New Caledonia will shut down all its services for the day in protest at recent lawlessness. 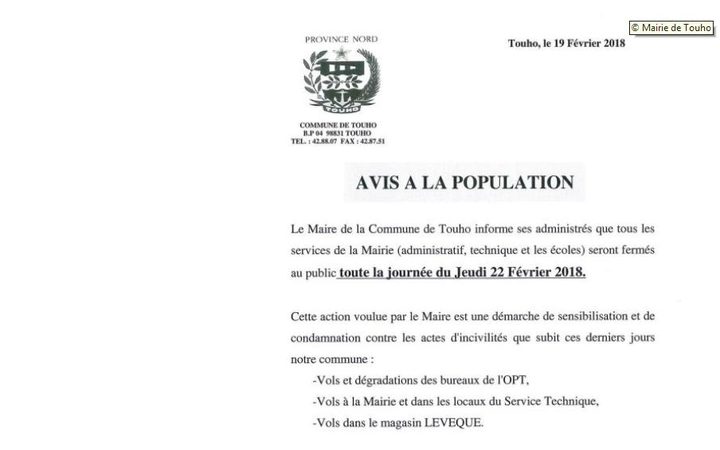 At the behest of the mayor of Touho, a public meeting has been called to debate and find a solution to the problems facing the community.

The action has been prompted by a spike of crimes, which at the weekend saw the post office in Touho ransacked and unable to operate.

The town administration was also burgled and a shop broken into to steal cigarettes and alcohol.

There have been no arrests.

In recent weeks, there have been several acts of vandalism in the northern province, targetting health professionals and mining sites.