It's not every day that the Duchess of Cambridge Kate Middleton runs her royal fingers down the seams of a traditional Pacific Islands patchwork. 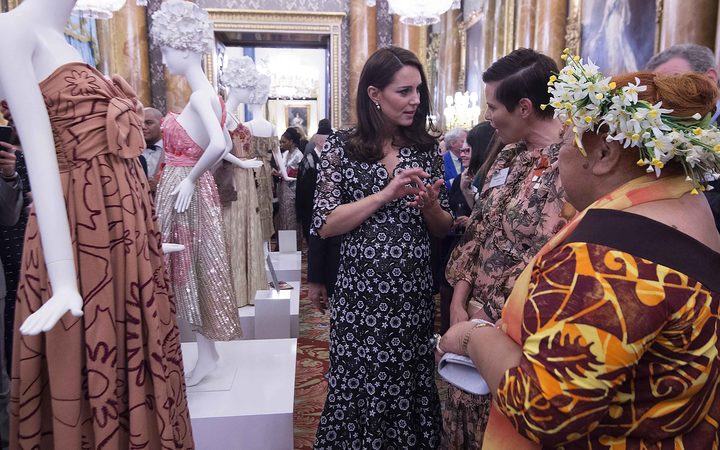 Duchess of Cambridge Kate Middleton (left), New Zealand designer Karen Walker (centre) and Tukua Turia from The Cook Islands chat during a reception to mark the creation of the Commonwealth Fashion Exchange initiative at Buckingham Palace. Photo: AFP and licensors

Yet she and other celebrities, such as Naomi Campbell and Anna Wintour, have been admiring tivaivai in the hallowed halls of Buckingham Palace, thousands of kilometres from where these traditionally made patchwork quilts are made.

The Duchess hosted the event, which showcased designs from across the 53 countries in the Commonwealth. 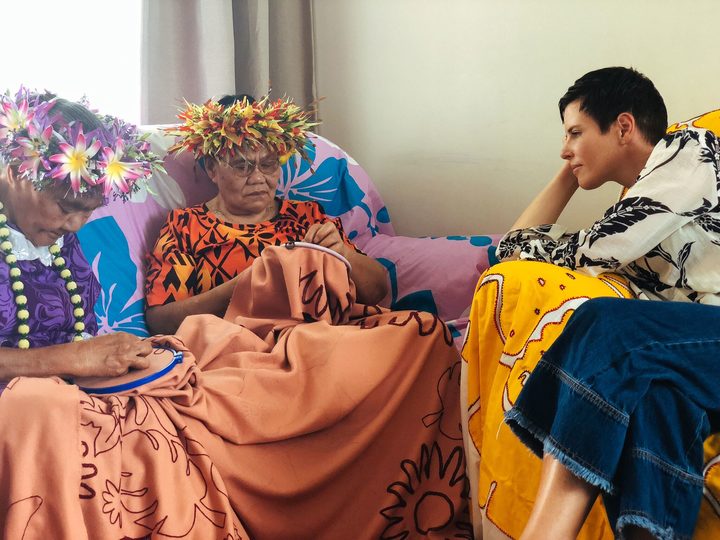 Ms Walker said she had always loved the look of tivaivai.

"I've always loved the graphics, the scale, the colours and the detail of the stitching.

"I've always been very drawn to how tivaivai look, what they stand for and their history and I've never had the opportunity to work with tivaivai or to create any sort of project around the artwork.

"It was the perfect opportunity to immerse myself in their culture and there was also the benefit of being in the same city that has a strong Cook Islands presence," she said.

She laughed as she remembered the process of tracking down the Māmās. 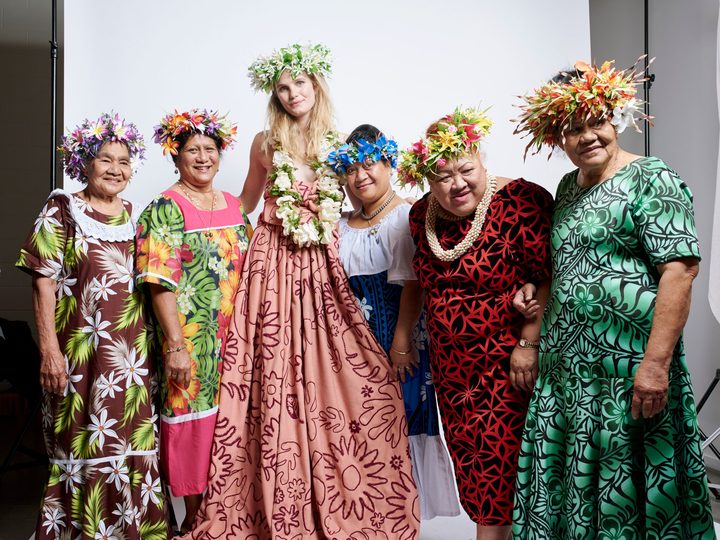 "So a week later, we were connected with them, and we had heard about Māmā Tukua being so talented in both craft and stitching, and that is rare," she said.

It took over 1000 hours for the Karen Walker and Kuki 'Airani Creative Māmās tivaivai dress to be formed.

Sevnty-three-year-old Māmā Tukua Tukia, who was born in Aitutaki, said it was a team effort by six women who all found the experience empowering.

"Making a tivaivai is not as hard as making this gown with Karen Walker. It was hard, but such a good project to do.

"It was a team effort where one has to thread the needle for us and the other one has to do the cuppa tea for us. That's how it works.

"We had one māmā, she's 91 years old this year, and she was really awesome. We didn't ask her to come because we want to take care of her, but she wanted to help," she said. 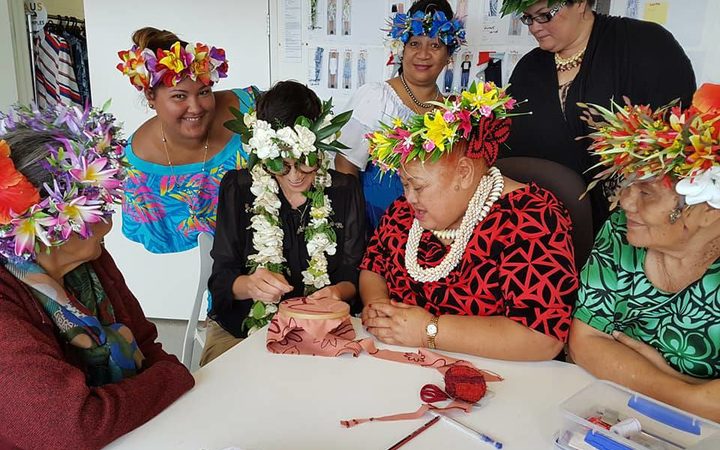 Karen Walker and Cook Islands "mamas" collaborating on a gown to be revealed at Buckingham Palace Photo: Supplied / Vaka Tautua

The Cook Islands Development Agency of New Zealand is one of the groups supporting the project.

Chief Executive Rouruina Brown said she was emotional seeing the dress as she saw a rare opportunity for her culture to be showcased on an international stage.

"When you see the māmās next to the garment, you just know that every stitch is stitched with love.

"For someone who is probably a bit more Kiwi Kūki 'Airani than the other way round, when we see traditions of yesterday and the contemporary of today and tomorrow on an international stage, it's just gorgeous," she said.

Most of the flowers Māmā Tukua and Ms Walker chose for the piece are iconic flora of the Cook Islands, including gardenia, jasmine, orchid, hibiscus, frangipani and the Cook Islands' national flower, Tiare Māori.

"The dress to me looks and feels like I'm in a forest. There's nobody there and these flowers have never been touched. They're sacred," Māmā Tukua said. 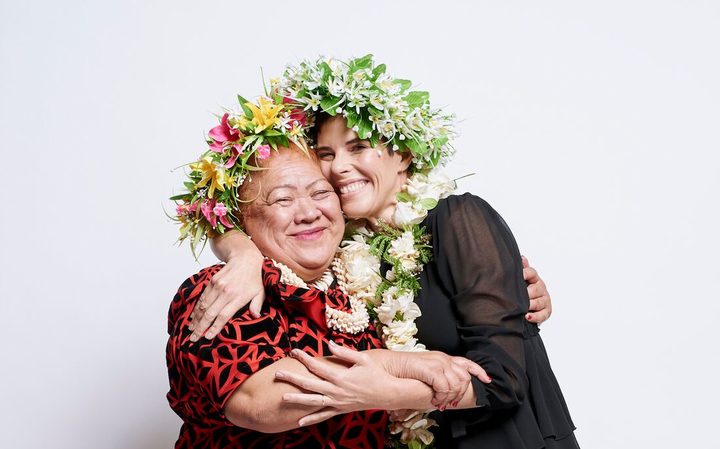 The Karen Walker and Kuki 'Airani Creative Māmās tivaivai dress is a one-off and is not for sale.

Twenty-six designers will also work with 26 artisans to create an item that will mark the Commonwealth Heads of Government Summit, which will be held in London in April.