AS Dragon and Solomon Warriors have qualified for the quarterfinals of the OFC Champions League football competition.

Warriors beat the host club 2-1 in Papeete at the weekend to climb above Erakor Golden Star into second place in Group B, after the Vanuatu club were held to a surprise 2-2 draw by AS Lossi from New Caledonia.

Having seen Erakor drop points earlier in the day, Moses Toata's Warriors side could have progressed with a draw but a two-goal winning margin would have earned a quarterfinal in Honiara.

"We came into this game, we wanted to win because we need to qualify," he said.

"I'm very happy with the result. I think I also have to give credit to the Tahitian team for a good game." 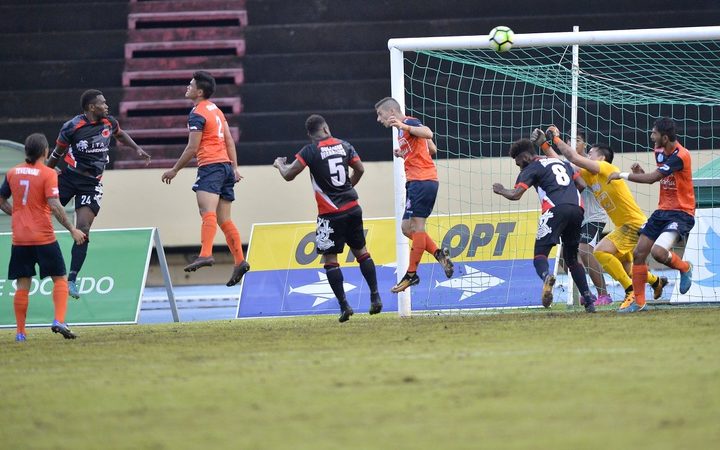 Despite their defeat, Tahiti's Dragon still topped the standings in Group B with a superior goal difference to ensure home advantage in the next round.

"I'm a bit disappointed with this result because our first objective was to win tonight and to play right until the end," said coach Timiona Asen.

"I think our players were a little bit thrown by the Solomons' game. I'm happy to have qualified, and we've had confirmation that we will host the quarterfinal and I'll try and rebuild the team for the next stage."

In the earlier game, Erakor could have secured a berth in the knockout rounds with a four-goal victory.

Coach Obed Jimmy was disappointed with his players' application in such a vital match.

"After the second match, maybe we were tired. The game isn't what we saw today. That's not our game," he said.

"It wasn't the preparation that was lacking, it was mentality. We'd seen the other teams beating Lossi well - for me it wasn't easy it was hard. We can play harder but if the mind doesn't function properly, it's not good enough." 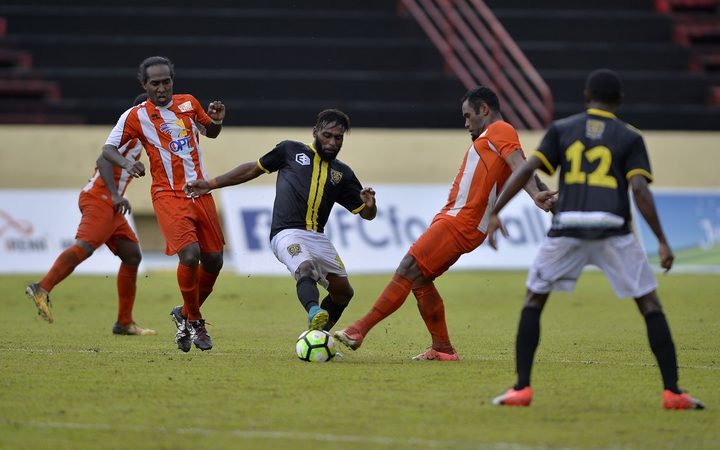 Erakor Golden Star and AS Lossi could not be separated. Photo: Massimo Colombini - OFC

AS Lossi coach Victor Wejieme was pleased to grab a first OFC Champions League point after five previous defeats for the club at this level.

"Firstly, I want to congratulate Erakor Golden Star because they played well today. My players also played well," he said.

"We didn't want to return home like that, we wanted a win or if not a win, at least what we achieved today."

The OFC Champions League resumes this weekend with Group D kicking off in Honiara on Saturday and Group C in Auckland a day later.